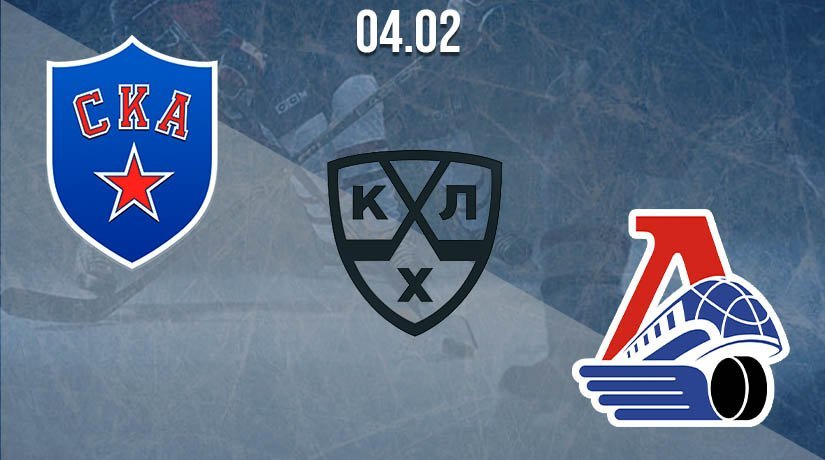 In the upcoming match of the regular KHL season, SKA will host Lokomotiv. Our experts reviewed the teams’ performance and came up with another quality prediction for this match.

The St. Petersburg club has earned 70 points in 52 regular-season games. In the Western Conference standings, they rank second. At the end of last month, SKA produced an excellent streak of four wins in regulation time, scoring at least three goals per game. First, on the road, Valeri Bragin’s club dealt with Vityaz (3-1) and Avtomobilist (3-1), and then SKA defeated Severstal (4-1) at home. Further, SKA was smashed by Spartak (5-0) in the capital. And in the last match, the Petersburgers in Moscow lost to Dynamo (0-2).

Yaroslavl has already played in 53 matches of the regular season and earned 71 points in them. In the Western Conference standings, they round out the top three. Not so long ago, Lokomotiv also had a segment of four winning matches. It began with a victory over Ak Bars in the shootout on January 21 (3-3, 2-1). Then Andrey Skabelka’s club in the Bolshoi defeated Sochi (5-1), after which they slammed Kunlun Red Star in their home arena (3-2). Later, they took the lead in the match with Avangard in overtime (3-2). But on January 31, Lokomotiv’s unbeaten series ended in a duel with Avangard (2-4). And on February 2, Yaroslavl lost to Severstal (2-4).

In the last nine matches, SKA hasn’t scored more than five goals. Bragin’s team is showing promising results but not always crushing opponents. The last game against Lokomotiv ended in defeat for SKA (1-4). The Petersburgers will try to take revenge at home, but you shouldn’t expect too many goals. Our prediction and bet – total under 5.