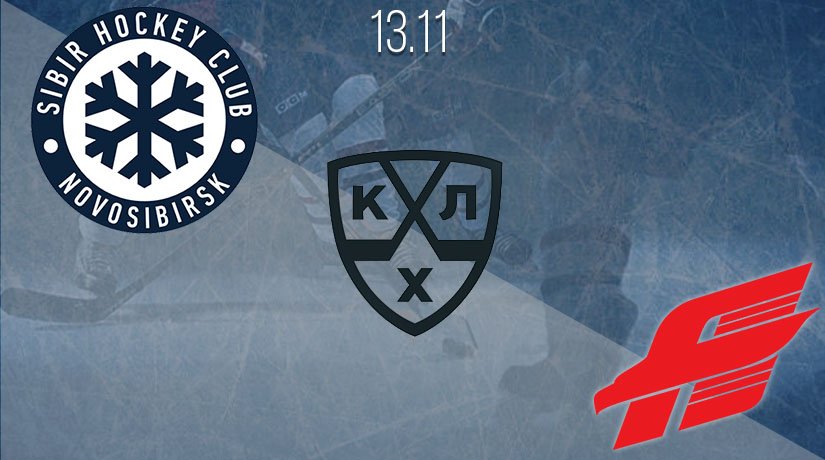 On the next game day of the KHL regular season, Sibir will host a match against Avangard. Both teams are quite far from their optimal shape. Who’s going to win this time? Let’s find out.

After 25 games played in the regular season, Novosibirsk’s hockey team has 21 points. They are ranked 9th in the Eastern Conference table. Last month, Sibir wasted a lot of points. From 6 to October 19, the “snowmen” suffered six defeats. And the team managed to win for the first time in a long time in a meeting with Traktor on October 21.

In the next two matches, Nikolay Zavarukhin’s charges also played well. In these games, the Siberians were stronger than Barys (3-1) and Metallurg Mg (3-0). Then Sibir in Kazan lost to Ak Bars (3-5), and on November 1 Nikolay Zavarukhin’s team defeated Neftekhimik (3-1). After a pause for the Eurotour, the “snowmen” were disgraced by the Minsk Dynamo (0-6).

After 23 regular season matches the Omsk team has 32 points in the piggy bank. Thanks to this, they are in second place in the East table and are 4 points behind the leaders.

Since mid-October, Avangard has been seriously malfunctioning. Bob Hartley’s team showed unacceptable results for the club. In the last seven meetings, Omsk suffered five defeats. In one of those matches, they lost to Metallurg (3-0) and then lost Salavat Yulaev in shootouts (3-3, 1-2). And after the victory over Avtomobilist (6-3), Bob Hartley’s players were defeated by SKA (2-5), as well as Dynamo Moscow and Spartak in overtime (2-3; 1-2). In a recent match, Avangard beat Sochi (3-2).

Both teams have been far from optimal lately. However, the Omsk team can pull out the upcoming match in class. A successful result in Novosibirsk will allow the Hawks to get closer to the leaders, so the motivated team of Bob Hartley will play attacking hockey. We propose to bet on the confident victory of Avangard.