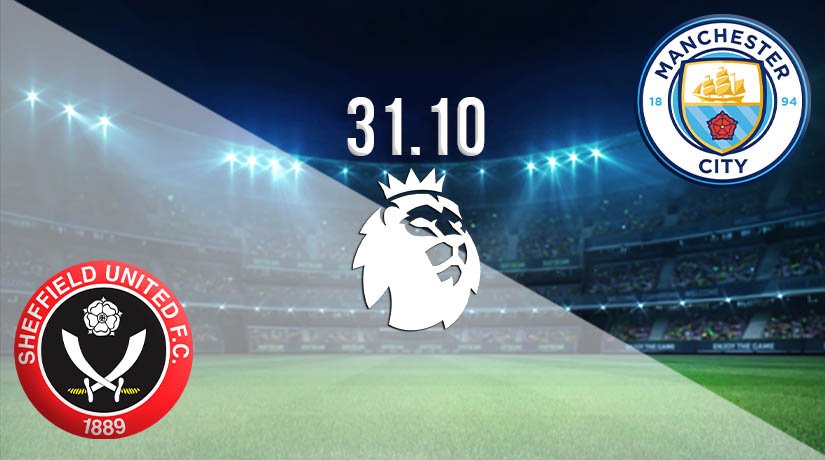 Manchester City return to Premier League action this Saturday as they travel to Yorkshire to take on Sheffield United. But, will they be able to claim an important three points?

The title race pendulum is swinging in Manchester City’s favour with every passing week at present, as the Liverpool defensive issues continue to mount. Fabinho is set to join Virgil van Dijk on the treatment table, and this will be seen as a huge chance for the Citizens to put their marker down for the season ahead. They must take advantage of the situation that they find themselves in, and be ruthless.

First signs of City turning a corner were evident in the Champions League this past week, as they were dominant in a 3-0 away success against Marseille. Ferran Torres scored in the first half to give City the lead, before second half strikes from Ilkay Gundogen and Raheem Sterling wrapped up a comfortable three points for City. However, they will need to transfer that performance level into their Premier League results this weekend.

It has been a disappointing start to the season for Sheffield United, as they already find themselves in a battle to stay in the division this season. They are yet to win in six Premier League games so far this season, while they have picked up just one point, which came in the form of a draw in their last home game against Fulham.

The Blades would have taken confidence from their last match in the Premier League, as they pushed Liverpool to their limit at Anfield. Sander Berge put the Blades in front in that match, but the Reds were able to come back in the final stages and snatch all three points. However, Chris Wilder will be keen to emphasis that they can improve on that performance.

Sheffield United haven’t beaten Manchester City in a league game since they were both in the second tier in 2000. Since then, City have won three of the previous four in the Premier League, with the Blades earning a 0-0 draw in 2006. Sheffield United’s last win over City came in the FA Cup in 2008.

There will be pressure on City to win this game, as they will need to start closing the gap between themselves and the teams at the top of the table. We think that that they will get a narrow win in this fixture.

Make sure to bet on Sheffield United vs Manchester City with 22Bet!