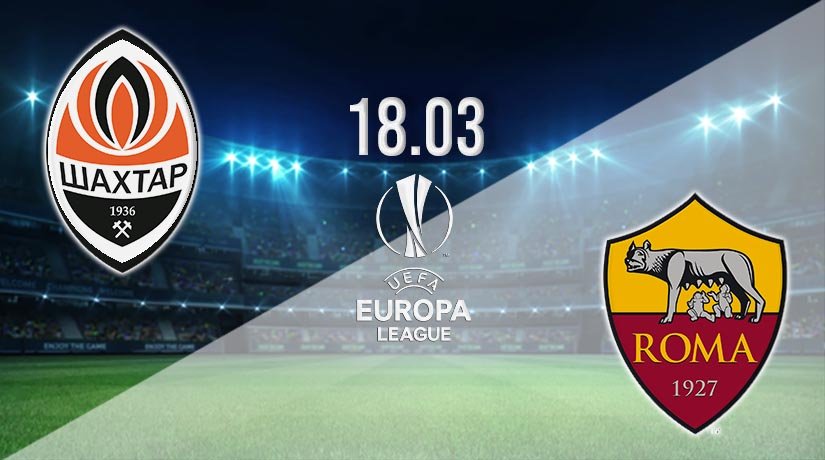 Shakhtar Donetsk vs AS Roma Prediction: Europa League Match on 18.03.2021

One of the most interesting ties on paper already looks to be over before the second leg gets underway. But, can Shakhtar Donetsk get some pride from a decent showing in their second leg?

AS Roma are on the brink of the next round of the Europa League, as they picked up a massive 3-0 victory in the first leg between these two sides. The Italian side produced one of their best performances in recent weeks to claim the big advantage ahead of this second leg, and it means that the return game looks more of a formality than many would have thought when the tie was drawn. Roma’s win last week has seen them emerge as a clear favourite to win the competition this season, and they look good value if they can maintain the level of performance that they put in against the Ukrainian side last week.

Donetsk’s chances of getting anything from the game were dealt a blow in the first 25 minutes, as they went behind after a Lorenzo Pellegrini goal. The second half was the period were the tie was taken completely out of their hands, as the Ukrainian side conceded two goals in the space of five minutes. Stephan El Shaarawy scored Roma’s second after 73 minutes, before Gianluca Mancini scored Roma’s third just five minutes later. Donetsk had threatened to get back into the game before those two second half goals, as they registered four shots on target. One goal in the away game would have changed the complexity of the tie, but it looks hard to see them scoring three unanswered goals against a Roma side that are so deadly in the attacking third.

Roma have a number of injury concerns coming into the second leg, as Chris Smalling, Juan Jesus, Jordan Veretout and Nicolo Zaniolo will all be missing for the trip. Donetsk will be at near full strength for their home game, which will be a huge positive for them.

Shaktar Donetsk vs AS Roma Prediction

The tie is effectively out of the reach for the Ukrainian side, which means that they will be playing just for pride in the second leg. There’s no denying that Shakhtar are a dangerous side when they are at their best, which means that we could see them getting a narrow win in the game.

Make sure to bet on Shakhtar Donetsk vs AS Roma with 22Bet!