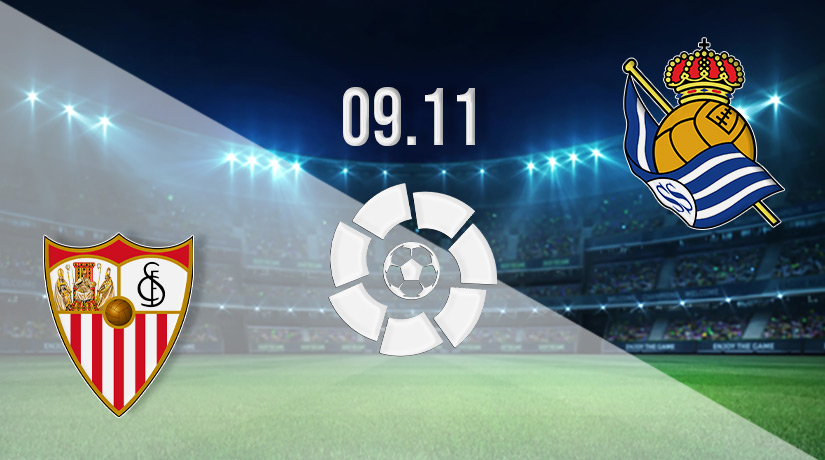 Sevilla will be looking for their first win in four La Liga outings when they host Real Sociedad, who are on a three-match winless run in the league, at the Ramon Sanchez Pizjuan on Wednesday at 19:00 GMT. These two teams in wobbly recent forms go head-to-head looking for a turning point in their season as the schedule careens toward the World Cup break later this month.

After the exit of Julen Lopetegui, expectations were high for new man Jorge Sampaoli to turn around the form at Sevilla and get their season back on track.

So far, the work has proven to be a slog, and the bad form has remained as highlighted by the results. Sevilla are marooned in a bottom-of-the-table scrap as opposed to the fight for European players the fans expected.

After a brilliant start to this season, Real Sociedad have hit an inconsistent patch in recent matches. Winless in the last three, Imanol Alguacil and his charges will look to regain their winning vein when they travel to Sevilla on Wednesday.

Sociedad have to re-focus their energies on getting their attack working again. In their last three matches, they have scored once and conceded four, including in the losses against Valladolid (1-0) and Real Betis (0-2).

Sevilla have two major absentees heading into the clash with Sevilla; Tecatito is out with a Fibula Fracture, whereas centre-back Marcao is out with a thigh muscle rupture. Meanwhile, Fekir will miss this clash due to suspension.

Injuries have been unkind to Sociedad, with many of their players on the treatment table. Some of the missing stars include David Silva (hamstring), Mikel Oyarzabal (cruciate ligament rupture), Umar Sadiq (cruciate ligament rupture), Momo Cho (hamstring), Aihen Munoz (Hamstring), and Ander Barrebetxea (muscular problems). Aritz Elustondo is also out due to the red card he received in the 1-1 draw with Valencia last weekend.

This will be an evenly contested scarp for two sides looking to regain their winning touch. A draw is the likely result here with none of the sides satisfied with the outcome.