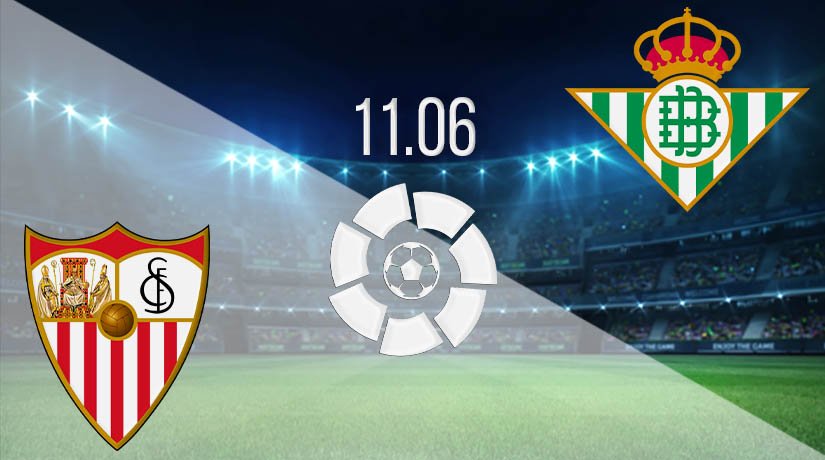 The action in Spain finally gets back underway after a break of just over two months. La Liga will get back underway with a bang as there will be a hotly contested derby between Sevilla and Real Betis. But, which side will be getting the bragging rights?

These two sides have endured differing seasons to this point, with Sevilla still very much in the mix for a place in the Champions League spots. The hosts in this fixture have been tremendous to this point as they have won 13 of their 27 games, and have only lost on six occasions, which is the fourth-best record in the division. They will go into this fixture in good confidence after winning two of their last four, while they have lost just once in their previous six. They drew their last game in La Liga, with Sevilla earning a 2-2 draw against Atletico Madrid. Luuk de Jong and Lucas Ocampos scored the goals on that occasion for Sevilla.

Real Betis are further down the league table in 12th. They appear destined for a mid-table finish as they are safe from relegation but also too far away from challenging for a European spot. They may have had hopes of challenging for a European place before the suspension, but their recent form ensured that it wouldn’t be happening. They won just once in the previous six, while they have also lost twice in that run of form. They did have a victory in their last La Liga fixture as they beat Real Madrid. Sidnei and Cristian Tello scored the goals on that occasion for Betis.

Sevilla holds a dominant record in the overall meetings between the two sides, as they have won 15 of the previous 28 matches. Betis have won just six times, while there have been seven draws. Sevilla averages 1.9 goals per game, while Betis average 1.1. The fixture earlier in the season was won 2-1 by Sevilla.

This should be a intriguing occasions between sides that are similar in ability. However, it is difficult to look past the overall record between the two sides and the form that they have both been in throughout the season. For that reason, many gamblers will be predicting a home win from this fixture.

Make sure to bet on Sevilla vs Real Betis with 22Bet!