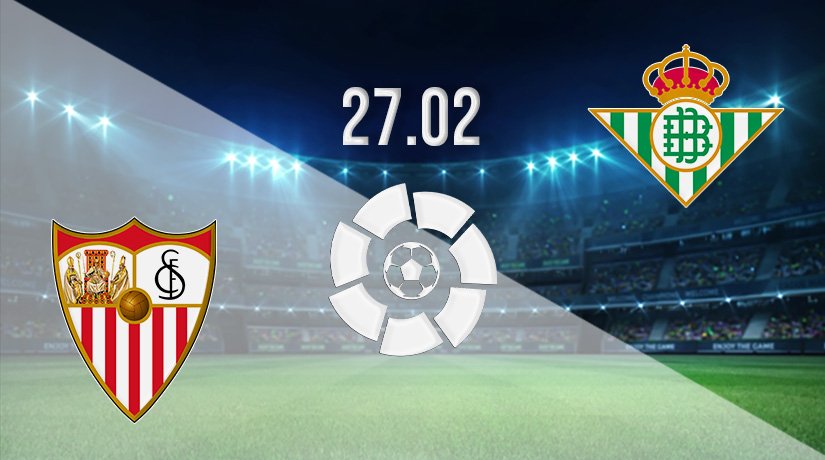 It is second versus third on the La Liga table on Sunday when second-placed Sevilla welcome third-placed Real Betis at 16:15 GMT in a clash with title race ramifications for both sides.

Can Sevilla Turn their Draws into Wins to Sustain a Title Charge?

Sevilla have had four draws from their last five matches. Although they are unbeaten in the last 10 matches, five of them have been draws.

This run of form has been Sevilla’s hindrance from competing effectively with Real Madrid at the top of the table.

Julen Lopetegui’s side will be looking to rectify this run of form by turning their draws into wins when they face Real Betis on Sunday.

The match against Real Betis will be significant because it will affect the title race – Sevilla are currently six points behind league leaders Real Madrid – and a top-four race because Sevilla are just five points ahead of third-placed Betis.

Can Real Betis Cut the Gap to Second-Placed Sevilla to 2 points?

Betis have been in good form in recent matches. They currently lie third on the La Liga table, five points behind second-placed Sevilla and a further 11 behind league leaders Real Madrid.

Betis will be looking to cut the gap to Sevilla when they meet on Sunday. Betis also need to win to maintain the four-point gap to fourth-placed Barcelona who have a match in hand.

Manuel Pellegrini will be looking to enhance the consistency of Real Betis in the run-in as they seek to maintain their position in the top-four and with it a chance to take part in Champions League football next season.

Lopetegui’s side are unbeaten in the last six rounds of fixtures in La Liga. However, they have also had four draws in this run, leaving them with just two wins.

In this run, they have collected 10 points and dropped 8. This run has hampered Sevilla’s title challenge as they have failed to close down the gap to league leaders Real Madrid.

That gap currently stands at six points; this despite Los Blancos dropping 7 points in their last six matches.

Pellegrini’s side have been on a good run of form over the last six rounds of fixtures. They have collected 13 points out of the available 18.

In the last six rounds of fixtures, Pellegrini’s side have won four, drawn one, and lost one.

Betis will be looking to maintain their consistency in results to stave off a resurgent Barcelona and overhaul a solid Sevilla to second on the table.

Right winger Erik Lamela is nursing a shoulder injury. The 29-year-old Argentine is expected back at the beginning of March, which means that the clash with Real Betis will come too soon for the forward.

Right winger Suso is also side-lined with an ankle injury until April; the 28-year-old will not be available for the clash with Betis on Sunday.

Pellegrini will be without Martin Montoya; the 30-year-old right-back is nursing problems with his Achilles tendon since January 4th 2022. The Spanish professional will miss the clash with Sevilla.

Real Betis will also be without Claude Bravo, with the 38-year-old nursing a calf injury.

The French professional, who is on loan from Manchester United, has not set the world alight for Sevilla yet.

Martial’s pace, dribbling, and clever runs can be crucial for Sevilla’s ability to open up defences and cause problems for their opponents.

Martial will be crucial and decisive for Sevilla’s clash with Real Betis given his experience at the highest stage.

The French forward has seven goals and seven assists in 28 appearances for Real Betis this term.

These numbers underscore his importance to Pellegrini’s side. He will be crucial for their chances of overcoming Sevilla on Sunday.

Expect Sevilla to take charge of the game through possession and play on the front foot.

Expect Real Betis to seek to dominate territorially and attack Sevilla on transitions.

A draw is the favoured result for this match.

Make sure to bet on Sevilla vs Real Betis with 22Bet!