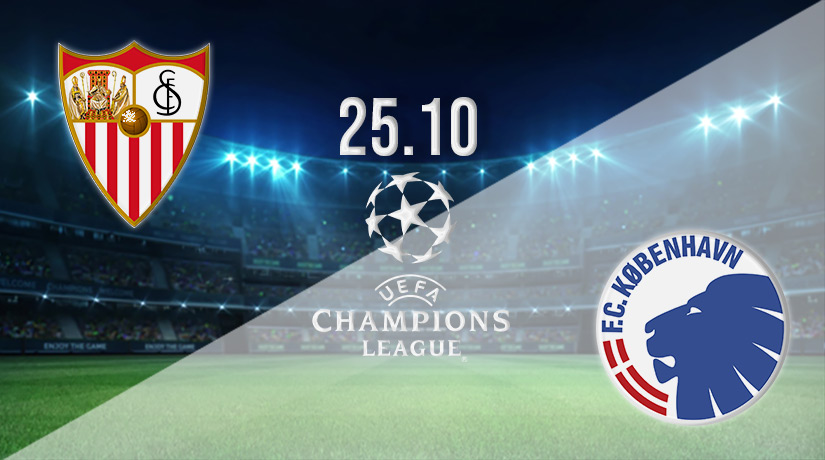 It is last chance saloon for both Sevilla and Copenhagen in the Champions League on Tuesday. Both sides will need to pick up a victory to remain in the hunt for a place in the next round of the competition, but realistically, the winning team will be playing in the Europa League in the new year.

There will be a big game in the Champions League on Tuesday in Group G, as Sevilla and Copenhagen lock horns. Both sides have picked up only two points in the four games that they have played in the competition this season, which sees them sit five points behind Borussia Dortmund coming into the penultimate round of matches.

Sevilla will be heavily expected to record victory in this fixture, but they have managed to score just twice in four fixtures in the competition so far this season. Furthermore, they have allowed a group-high of nine goals. They picked up their best point of the campaign in their previous fixture, as a Tanguy Nianzou goal allowed them to play out a 1-1 draw against Borussia Dortmund.

Copenhagen is in a very similar position to Sevilla coming into this fixture, as they have picked up just two points from the four games that they have played. However, they are the only team in Group G yet to score a goal in the competition this term.

However, they should come into this fixture in good confidence. Their best performance in the Champions League this term came in their previous match, as they played out a 0-0 draw against Manchester City. In doing so, they became the first team this season to stop City from scoring.

Sevilla vs Copenhagen Head to Head

This is only the second time that these two sides have met in European competition. The previous meeting came on matchday two, as the sides played out an uneventful 0-0 draw. However, Copenhagen is winless in their previous 13 matches against Spanish opposition.

It has been a Champions League to forget for both these sides in the Champions League this season. However, Sevilla boasts the most talented players, and it would be a big shock if they didn’t claim a first victory in the competition this term against Copenhagen on Tuesday evening.

Make sure to bet on Sevilla vs Copenhagen with 22Bet!