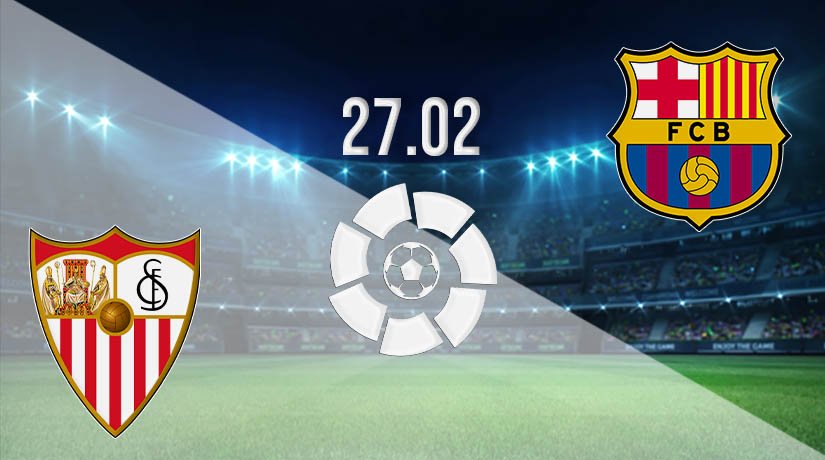 The big game in La Liga this weekend will come on Saturday, as Barcelona and Sevilla go head-to-head in the battle for positions in the top-four in Spain.

This is a pretty big game for both sides in the contest of the race for Champions League spots in La Liga this season. Defeat for either side could leave them just three points ahead of Real Sociedad, while the winners would move clear of their rivals, and could put them in contention for an unlikely title challenge this term. Sevilla could come into the game ahead of Barcelona in the league positions, as they sit in third place at present, just a point above their rivals. Sevilla moved above their rivals with a recent win against Osasuna. Diego Costa and Luuk de Jong scored in that controlled win against their rivals, and another win this weekend would make it seven on the bounce for the Europa League holders. Finishing in a Champions League place would have been the main for Sevilla this season, but at present, they are the most in-form side in La Liga, and a win could close the gap at the top to just four points.

Barcelona’s recent upturn in recent has been halted over their last two, and they were unable to recover from the defeat that they suffered in the Champions League against PSG in their last game, as they were held in their next game. Lionel Messi scored from the spot after half an hour in that home draw against Cadiz, but they were made to pay for resting on their laurels, as Alex Fernandez equalised for the visitors to the Nou Camp in the 90th minute.

Sevilla vs Barcelona Head To Head

Sevilla have enjoyed decent results against Barcelona over recent years, as they have lost just once in their last four meetings. Sevilla’s last win against Barcelona came earlier in the month, as they picked up a 2-0 win in the first leg of their Copa del Rey clash. The last league meeting between the Spanish giants ended in a 1-1 draw.

Barcelona have been inconsistent so far this season, and Sevilla are a side that are getting better as the season progresses. The home side could inflict another defeat on the Catalonian giants this weekend.

Make sure to bet on  Sevilla vs Barcelona with 22Bet!