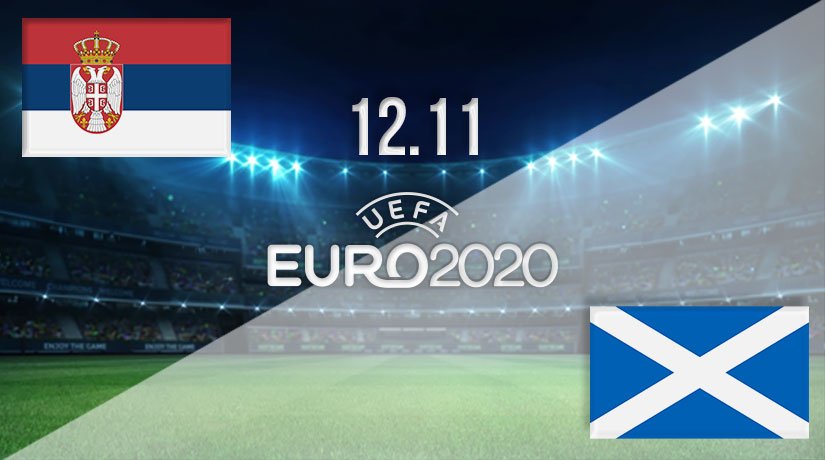 The EURO 2020 Playoff final between Serbia and Scotland takes place on Thursday evening, with the winners being inserted into Group D of the major tournament that will be happening next summer.

There will be a huge chance for Scotland to end their long wait to reach a major finals in this fixture, as they haven’t played on the global stage since reaching the World Cup in 1998. Hopes will be high among Scottish fans, as they have been in excellent form under head coach Steve Clarke, with their defensive record being excellent. They haven’t conceded a goal in their last three games. The first of those was their semi-final success against Israel, as Scotland edged through on penalties after the teams played out a goalless draw after 120 minutes.

The Scots were dominant from the spot, as they scored all five spot kicks, with Kenny McLean scoring the clinching penalty. After booking their spot in the playoff final, Scotland have won their most recent fixtures in the Nations League, as they beat Slovakia and Czech Republic 1-0. Ryan Fraser scored the only goal in their 1-0 win against the Czech Republic.

Serbia were one of the few sides that won their semi-final playoff without the need for a penalty shootout. They overcame a huge challenge in the form of Braut Erling Haaland’s Norway to win 2-1. Sergej Milinkovic-Savic opened the scoring with ten minutes remaining, before Norway equalised with two minutes remaining. However, Serbia weren’t to be denied, as they claimed the win in the first half of extra time when Milinkovic-Savic scored his second of the game. Serbia haven’t won since that victory, as they drew their last game in the Nations League against Turkey.

Serbia vs Scotland Head To Head

This will be only the third time that these two nations have clashed, with the previous two meeting coming during the 2014 World Cup qualification campaign. Serbia earned a 0-0 draw at Hampden Park, before they claimed a 2-0 win back in Serbia.

Scotland’s recent defensive success has been building up to this moment, and it will be fascinating to see how they deal with a testing opponent away from home. The form favours Scotland, and we expect them to get the narrow win against Serbia to book their place in a major tournament for the first time since 1998.

Make sure to bet on Serbia vs Scotland with 22Bet!