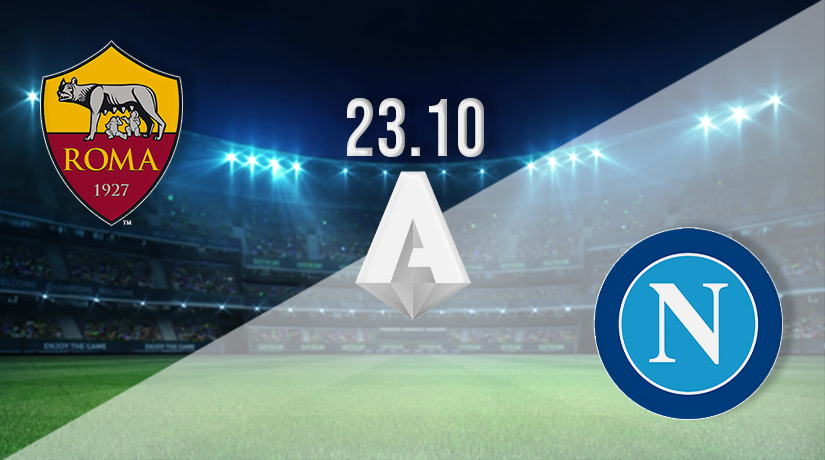 The unbeaten league leaders Napoli will put their record on the line when they visit the Stadio Olimpico on Sunday to face an in-form Roma side for a mouth-watering Serie A clash with kick-off slated for 19:45 GMT.

Can Napoli Retain their Unbeaten Away Run at the Stadio Olimpico?

Luciano Spalletti and his men will be looking to extend their winning sequence in Serie A when they face the in-form Roma side on Sunday.

The focus will be on ensuring that the team retains its high energy, tempo, aggression, and dynamism in its performance at the Stadio Olimpico.

Retaining their attacking fluidity will be important Sunday, coming up against a Roma side that is typically well-drilled defensively, especially when playing at home.

However, Spalletti will also focus on counter-pressing and shape to work on stopping the rapid counter-attacks that Roma often use to undo their opponents.

Can Roma make it Four Consecutive Triumphs in Serie A with a Win?

Jose Mourinho’s side are on a three-match winning run in Serie A, and they will be looking to keep this going when they face Serie A’s most in-form team on Sunday.

Roma will focus on a disciplined and pragmatic display to ensure that they can defend in numbers against Serie A’s best attack so far this term. This approach will allow the home side to close down all the spaces and frustrate Napoli’s attackers.

This will also establish the platform for Roma’s counter-attacking football. While they will cede possession, they will lay traps for counter-attacks and counter-pressing to bolster their chances of creating chances and taking them.

Mourinho’s charges have won seven, drawn once, and lost twice in their opening 10 fixtures in their Serie A season. This run has seen the amass 22 points out of the available 30. They currently sit 4th on the log, four points behind league leaders Napoli.

The Stadio Olimpico side have scored 13 goals and conceded 9 in the process. Although they are defensively sound, their attack has not been the most prolific. Jose will be looking to get his attack to its prolific best ahead of the clash against Napoli.

In their last five outings, Roma have won four times and lost once; this run has resulted in 12 points gained and three points dropped.

Spalletti’s side are unbeaten in Serie A this season. In their opening ten outings, the league leaders have won eight times and drawn twice on the way to amassing 26 points out of the available 30.

Their performances have been characterized by dynamism and a goal threat. They are the top scorers in Serie A thus far with 25 goals; they have conceded nine goals in the process. This gives them a goal difference of positive 16, which is behind only Inter Milan’s 18.

In their last five fixtures, Napoli have won all of them and collected 15 points out of the available 15.

The 26-year-old Italian international has been integral to Jose Mourinho’s side this term. Given the freedom to play behind the strikers in Roma’s formation, Pellegrini has been at his devastating best this season.

Apart from the two goals he has scored in 13 appearances for Roma, he has also contributed six assists to the team. This makes him the creative force for this Roma side.

Pellegrini will be crucial for Roma on Sunday in the clash with Napoli.

The 21-year-old Georgian is having a brilliant season for Napoli and has been the reason for the continued good performances for the side from Naples.

Kvaratskhelia is the league leaders’ top scorer with 7 goals in 14 appearances for Napoli. However, apart from his cutting edge, he has been decisive in creative goals with six assists to his name this term.

Kvaratskhelia will be crucial in unlocking the Roma defense on Sunday at the Stadio Olimpico.

Roma will look to be compact in their approach to frustrate Napoli and deny their attack any spaces they need to pose a threat.

Napoli will seek to use their fast passing and possession-based approach to dominate the game, set the tempo, and create chances.

Napoli will win and extend their unbeaten run at the top of the table.

Make sure to bet on Juventus vs Empoli with 22Bet!