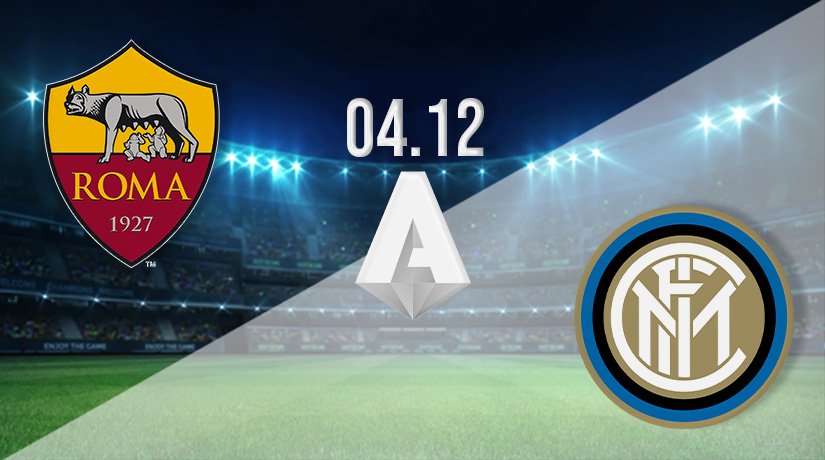 Followers of the Italian Serie A have three games on their Saturday schedule with kick-off times ranging from 14:00 to 19:45. Right in the middle, we have a mouth-watering clash between Roma and Inter Milan that begins at 17:00 and will be shown to a global audience courtesy of the live television. Planet Football is watching, and the pressure is on these teams to show Italian football in a good light. Serie A has become much more competitive since Juventus lost their title to Milan and it’s anyone’s guess which side will lift the trophy at the conclusion of the 2021/22 campaign.

Roma and Inter Milan are both involved in the race for a top-four finish, and both sides will be eager to nail down the three points available here and boost their chances. Roma started the week 10 points adrift of the leaders, meaning a perfect December is needed if they are to stand any chance of getting back into the title race. Inter Milan are much closer to pole position thanks to an eye-catching winning run, taking advantage of the teams above them dropping points last month.

We last saw Roma and Inter Milan meet in May when Inter Milan eased to a 3-1 victory at home after the sides had fought out an entertaining 2-2 draw in the reverse. The stats attached to this match show these sides have shared a dozen goals in their last three meetings, and we’re hoping for a few more on Saturday. Interestingly, six of the last seven have been draws, with the spare being that 3-1 for Milan.

Roma get back on track

Roma are in the hunt for a top-four finish and return to Champions League football this season, but the home team have struggled from a lack of consistency of late. Their last five matches consist of three wins and two defeats, with those losses coming back to back before the club won their next two. They are looking to put a run of form together if they want to heap pressure on the early leaders and know a home win over Milan would show they are serious about challenging for the prizes.

Since losing 2-1 at home to AC Milan and, more surprisingly, 3-2 away to Venezia, the players got their act together and responded by taking six points from their next two games. They stopped the rot with a solid 2-0 away win over Genoa thanks to goals from Afena-Gyan, then they beat Torino 1-0 at this venue last weekend. The goal that settled that match was scored by Abraham on 32 minutes, and the defence stood firm to see them across the line. Just as impressive as the two wins has been the pair of clean sheets. That sturdy backline must stand strong again as it will be pushed to breaking point by Inter Milan’s attack.

Roma have also turned in a few good performances in the Europa League of late, and they hammered Zorya 4-0 at home in what was a real show of strength. Perez and Zaniolo were both on target, with Abraham chipping in with a double to help the cause. Those two goals scored by Abraham took his record to four goals in four games, and he’ll be eager to get amongst the goals again here.

The home team’s recent form may be sketchy, but the visitors were impressive last month, passing every test put to them. A win achieved last weekend meant Inter Milan had taken 13 points from the last 15, and that’s the efforts of a team going for the title. They are off the pace at present but are getting closer all the time, and they made Napoli and Inter Milan pay a hefty price for losing matches in November. They are turning the heat up on the leaders.

Since fighting out a 1-1 draw in the Milan derby a month ago when they took the lead through a Calhanoglu penalty scored on 11 minutes only to be pegged back by a de Vrij own goal less than six minutes later, Inter have beaten current league leaders Napoli 3-2 at home, had no issues when dealing with Shakhtar Donetsk in the Champions League then taking maximum points at Venezia. In that 2-0 Champions League match, both goals were scored by Dzeko in the second half, coming on 61 and 67 minutes.

Milan won two games on the bounce by a 2-0 scoreline and that will please the coaching staff. They are firing in the Champions League and in Serie A. If Milan are able to continue that strong form throughout December, their fans can look forward to an exciting 2022. Winning this match would help drive them closer to the leaders, and having already beaten Napoli, they will arrive for this challenge in high spirits.

Here we have a meeting of two teams in great form, and this game will set the pace for an exciting December. Roma’s form wobbled recently, but great teams are judged on how they respond, and those back to back wins showed us there’s no lack of fighting spirit in the dressing room. The defence has recovered well, and the attack has never been in question.

Inter Milan know the size of the task that awaits them in trying to win away to Roma but are also aware that victory here would boost their chances of winning the Serie A title. As Inter already know all too well, three points taken from rivals at this stage of the season has a huge effect on where the title goes in spring. Inter Milan has the form, confidence and ability to win this game.

The pre-match betting odds available to 22bet members has Roma priced at 2.944 to collect all three points while Inter Milan are 2.28 for the away win. A draw is 3.64.

Make sure to bet on Roma v Inter Milan with 22Bet!