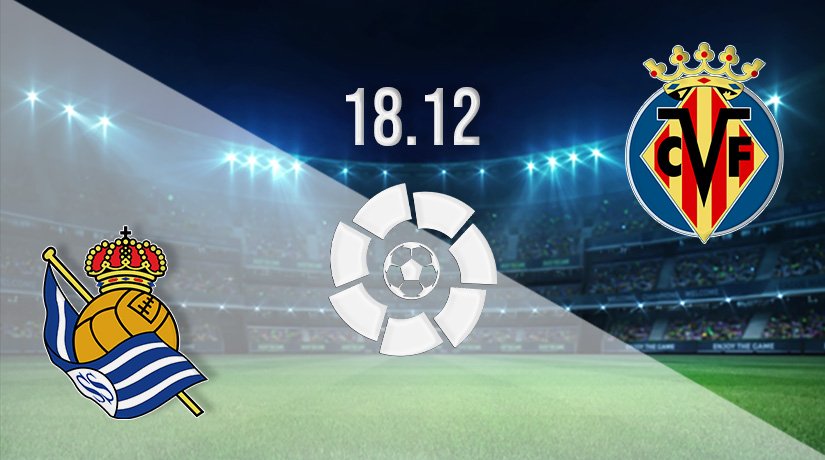 Real Sociedad will be looking to arrest their bad run of results when they welcome Villarreal to the Reale Arena on Saturday at 16:15 GMT.

These two teams are in bad need of a win as they desperately seek to inject some consistency into their season.

Can Real Sociedad Recapture Some of Their Early-Season Form?

Imanol Alguacil’s side are very far from their early-season table-topping form. They have since slid down the table to 5th, 13 points behind league leaders Real Madrid.

Real Sociedad are also on a three-match losing streak and are winless in four matches. Ahead of the match at home to Villarreal, Imanol Alguacil will be doing a lot of soul-searching to find the early-season form that served them so well, and arrest their fall.

Can Villarreal Gain the Consistency They Need to Climb into the Top Half of the La Liga Table?

Unai Emery’s side are languishing in 13th, 23 points behind the league leaders, and 10 points behind fourth-placed Atletico Madrid.

Villarreal broke their two-game losing streak when they beat Rayo Vallecano 2-0. They will need to sustain positive results if they are to stand a chance of climbing into the top half of the La Liga log.

Real Sociedad’s drop-off in their form can be summed up by their last six rounds of fixtures; in this run, Imanol Alguacil’s side have picked up 5 points out of the available 18.

In this run, they have won one, drawn two, and lost three consecutive matches.

Their home form has been slightly promising, having collected 9 points in the last six rounds of matches in La Liga.

Over the last six La Liga outings, Unai Emery’s men have collected 7 points and dropped 11. In this run, they have won two, drawn one, and lost three.

Away from home, Villarreal’s form has been significantly worse. The last six away La Liga matches have seen Emery’s side collect three points and drop a whopping 15. They have lost three and drawn three in this run.

Imanol Alguacil will be without David Silva; the 35-yar-old Spanish attacking midfielder is nursing a muscle injury. Alguacil also has Mikel Merino side-lined since November 26th; the 25-year-old central midfielder is out with a hamstring injury.

Left-back Nacho Monreal is out of the match with Villarreal with a hamstring injury while center-forward Carlos Fernandez is hampered by a ruptured cruciate ligament.

Unai Emery has the full complement of his squad from which to pick the team to face Real Sociedad.

Oyarzabal is Real Sociedad’s top scorer this season with 8 goals and 1 assist in 16 appearances. When Sociedad play well, Oyarzabal is usually in the middle of such performances.

His goals are crucial for Soledad if they are to turn their form around. Imanol Alguacil will be hoping that his top striker is in the mood when they face Villarreal this weekend.

Gerard Moreno notched from the spot to help Villarreal win 2-0 against Rayo Vallecano last time out. The Spanish striker is increasingly instrumental in Villarreal’s play this season.

Although he is not the most prolific, he has three goals and three assists in 10 appearances this season, his work rate is a big part of his game that Unai Emery prefers upfront.

Although they are short in confidence, expect Real Sociedad to maintain their high-energy approach to games. They will seek to dominate both possession and territory playing at home to Villarreal.

Expect Unai Emery’s side to adopt a conservative and disciplined approach designed to deny Sociedad any easy chances behind their defense. Villarreal will look to catch Sociedad on the counter using their two strikers.

The teams are in the midst of a bad run of results, lacking in confidence, and finding consistency elusive. This match promises to be cagey with neither side comfortable losing. It will end with shared points.

Make sure to bet on Real Sociedad vs Villarreal with 22Bet!