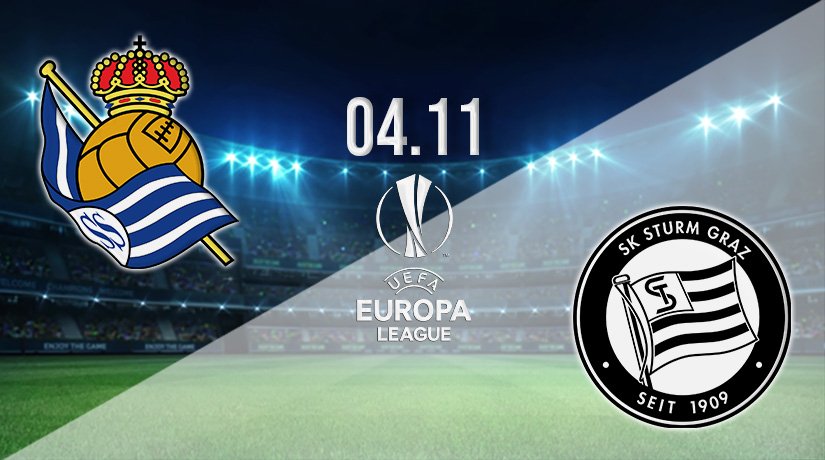 Real Sociedad have been flying in La Liga throughout the season, and they will be hoping that form follows over into the Europa League this week. They will need a helping hand from PSV, but their target will be the top of Group B with a win this week.

Real Sociedad have been in great form in domestic competition at the start of this season, but they are yet to really find their momentum in the Europa League. They come into matchday four in the Europa League in second place, but will face off against the beating boys of the group in Sturm Graz.

Sociedad will be aware that they must win this game on Thursday evening, as they have difficult fixtures against Monaco and PSV to round off the group campaign following this fixture. Sociedad’s only win in the Europa League so far this season came in their last fixture as they beat Sturm Graz.

The Spanish side certainly made life very difficult for themselves in that fixture, as they eventually got over the line with a 1-0 success. Alexander Isak was once again the man of the moment for Sociedad, as the Swedish striker scored with just over 20 minutes remaining to seal the win.

In truth, Sturm Graz have really struggled throughout the Europa League group stages to this point, as they are yet to pick up a single point. They have lost all three games that they have played, and have scored just once.

Their defeat against Sociedad a couple of weeks ago leaves them seven points off the top of Group B, which means that they will need to win every remaining fixture that they have in the Europa League to automatically make it through to the next round.

Sociedad recorded a first every victory against a side from Austria in their last game against Sturm Graz. Prior to that win, the Spanish side had only came up against Austrian opposition on two occasions, losing and drawing against RB Salzburg during their 2017-18 season.

It is pretty difficult to give Sturm Graz any chance of taking anything from this game, as they have come undone against the talented sides that they are up against in Group B. Another defeat on Thursday looks to be the most likely outcome.

Make sure to bet on Real Sociedad vs Sturm Graz with 22Bet!