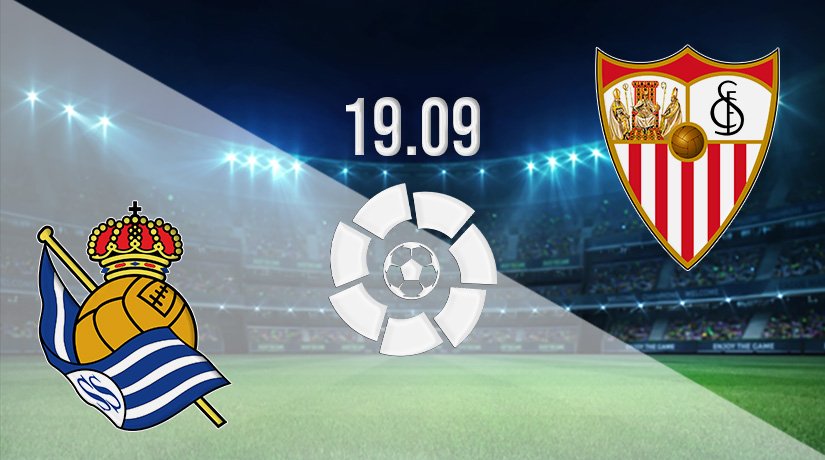 Real Sociedad and Sevilla will both have their sights set on a European finish in La Liga this season, and we will be able to learn more about both sides this weekend when they clash on Sunday.

Sevilla may be a better chance of finishing in the European places this season, after achieving a top-four finish in La Liga last season. They are one of a number of teams to have played just three games this season, but they are still sitting in sixth place in the standings with seven points. A victory in their game in hand would see them join Valencia, Atletico Madrid and Real Madrid on ten points. They are unbeaten in their three games this season, and they won their opening two fixtures. However, that winning sequence was ended last weekend, as they could only draw 1-1 with Elche. Youssef En-Nesyri scored the Sevilla goal in that game. They were held to a second straight draw in all competitions in midweek, as they couldn’t get past RB Salzburg in a very eventful game. Ivan Rakitic scored the Sevilla goal in the draw, while En-Nesyri was sent off early in the second period.

Sociedad come into this fixture in La Liga above Sevilla in the current standings, as they have won three of the four games that they have played. Only the teams on ten points sit above them in the standings, but Sociedad have shown great character to bounce back from defeat on the opening day of the campaign to have won their last three La Liga fixtures. The most recent of their wins came on Sunday evening, as Mikel Oyarzabal scored twice in the final 20 minutes to give Sociedad all three points.

Sevilla haven’t lost against Sociedad since December 2017. They have won five of the previous seven fixtures between the two sides, which includes back-to-back wins against their opponents last season in the league. Sevilla won this fixture last season 2-1 on the road.

Sevilla look to be the best selection in this fixture in La Liga. They have been in excellent form domestically, and could close the gap on the sides above them with a victory this weekend. Sevilla and both teams to score would be our selection for this fixture.

Make sure to bet on Real Sociedad vs Sevilla with 22Bet!