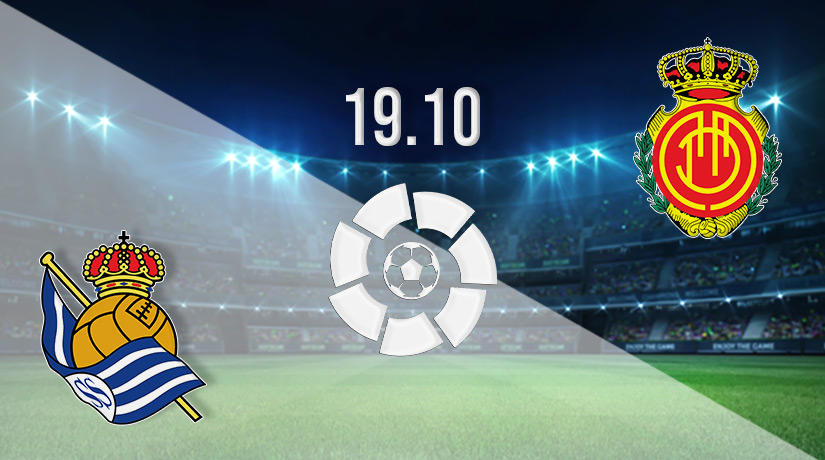 Real Sociedad will be looking to continue their excellent run of form on Wednesday, as they search for a fifth straight win in La Liga. Mallorca will be the visitors this week, as they look to end a three-game wait for a victory in the Spanish top-flight.

There isn’t a La Liga side in better form at present than Real Sociedad. The Spanish side has rose to fifth in the league standings after picking up victories in each of their previous four fixtures. They could move into the top four in midweek if they are able to pick up another victory.

Sociedad maintained their excellent run of form over the weekend, as they picked up a 2-1 win on the road against Celta Vigo. The scoring in that match was opened by Asier Illarramendi after half an hour, before Igor Zubeidia regained the lead for Sociedad with the second goal after 55 minutes. The hosts were reduced to ten men in second half injury time, before Sociedad were very good value for maximum points in the win.

Mallorca has dropped to 12th in the La Liga standings, and they will anxiously be looking over their shoulders at this stage, as they are just two points clear of the relegation places in the Spanish top-flight. After a reliable start to the season, Mallorca has gone three without a win, as they have lost twice during that period.

A second defeat in three games was inflicted in their previous match in La Liga, as they were beaten by Sevilla on Saturday. Only one goal was scored in the fixture, with Sevilla netting the winner early in the second period.

Sociedad has a very good recent record in this fixture, as they have picked up wins in each of the previous five matches between the sides. They have kept clean sheets in all wins recorded during that period, which includes a 1-0 success in this exact fixture last season.

It’s extremely hard to see past the home side getting the victory in this fixture on Wednesday. Sociedad’s form has been incredibly consistent, and we can’t see them facing too many issues against an out-of-form Mallorca this week. We could see the home side recording a 2-0 win.