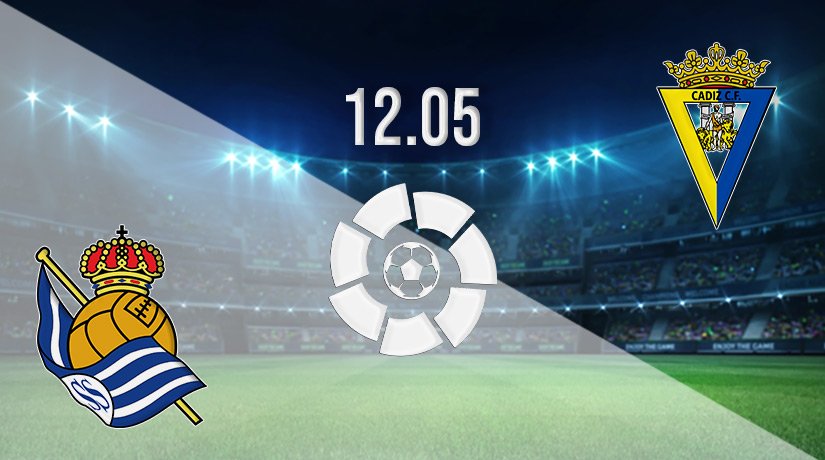 Cadiz will be looking for a second straight victory in La Liga this weekend to move clear of the relegation places. However, Real Sociedad will also be looking for the victory to improve their hopes of finishing in a Europa League spot.

There is an interesting fixture involving teams at both ends of the league standings on Thursday, as Real Sociedad and Cadiz clash. The pressure will likely be on the hosts, as they look to end a four game wait for a victory to improve their chances of finishing in a European spot in Spain this term.

They have picked up two defeats from their previous four fixtures, and are currently just three points ahead of Villarreal in the final Europa League spot. Their form would be particularly worrying given that a defeat this weekend coupled with a victory for Villarreal would mean that their rivals will move ahead of them in the league standings.

Real Sociedad’s latest defeat was suffered on the road last weekend, as they were beaten 2-1 by Levante. They will need to be much better this weekend.

Cadiz are sitting just outside the relegation places in the La Liga standings, and have a three point cushion over Mallorca with three games remaining this season. The Spanish side have been in decent form across their last four games, as they have picked up two wins, and have lost on just one occasion.

A victory on Thursday would see them climb to 15th in the league standings, but defeat could see them dragged back into an unhealthy situation at this late stage of the campaign. Cadiz were very impressive winners in their previous fixture, as they eased to a 3-0 win against Elche at home. Alvaro Negredo, Ruben Sobrino and Anthony Lozano all scored in the final ten minutes.

Sociedad’s excellent record against Cadiz is hard to ignore coming into this fixture. Therefore, it would be hard to bet against them picking up the win that they are looking for this week.

Make sure to bet on Real Sociedad vs Cadiz with 22Bet!