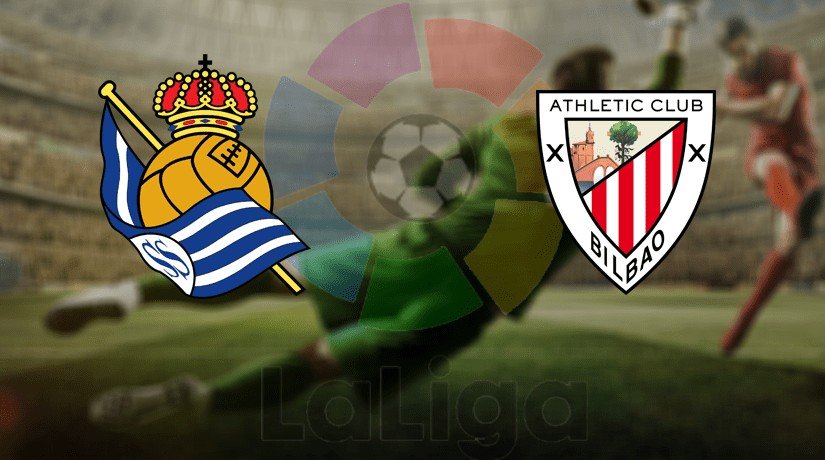 Real Sociedad’s hope to play at the Champions League next season seems to be out of reach. They are now sitting on the eighth of the table, which is quite lower than earlier this season. Nacho Monreal and Co’s form has to be more consistent and back on their winning days.

This weekend they will be facing off their Basque neighbor, Athletic Bilbao. They are just beneath Sociedad, on a ninth of the table with a three-point difference. This will surely be a tough match for both as each of them aims for a victory to save their La Liga campaign.

Real Sociedad had a surprising loss while visiting Leganes last week. Despite dominating the match, they were defeated 1-2 by Oscar Rodriguez’s free-kick at the stoppage time. Previously, their one-goal lead by Alexander Isak at the first half was equalized by Kenneth Omerou’s strike at the close range. Such a result certainly disappoints their fans who long for their club’s presence in European competition.

Meanwhile, Athletic Bilbao was not so much different. They were even beaten 0-2 in front of their home fans by Getafe last week. Damian Suarez and Jaime Mata scored the winning goals for the visitor’s side. Gaizka Garitano’s men once again wasted several opportunities to equalize or even win the game. Their finishing touch is really their attacking issue.

Imanol Alguacil has been in favor of 4-3-3 formation with the transition to 4-2-3-1 or 4-1-4-1. Lately he counts on the Swedish international, Alexander Isak as the main scorer supported by Real Madrid loanee, Martin Odegaard, Portu and Mikel Oyarzabal.

His counterpart, Gaizka Garitano tends to opt for two kinds of formation, 4-2-3-1 for the offensive football and 5-3-2 for the pragmatic defensive one. The latter seems to be working well against the big teams as it could potentially frustrate their contender. Yet, when it comes to the former one, Garitano’s tough homework is to improve his men’s finishing touch to create more effective attack.

In Real Sociedad, the Norwegian wonderboy, Martin Odegaard is the current key figure of the team with four goals and five assists along with another youngster from Scandinavia, Alexander Isak with his five goals in the past four games. Another notable one is Mikel Oyarzabal with seven goals and four assists plus Portu with six goals and seven assists each.

On the other hand, Bilbao counts on his local talents such as Inaki Williams, Iker Muniain and Andre Capa. Another notable one is the former Atletico Madrid midfielder, Raul Garcia with six goals and one assist.

In this Basque derby, the host should have a bigger advantage to win than Bilbao. If the home side could revive from their loss last week, Inaki Williams and Co would be in trouble, especially since the visitor’s side’s tendency to waste the shots on target.

This upcoming game is expected to be even. The host is projected to win at 2.15, whereas Bilbao’s odds to win are quite lower at 3.55. The odds for the draw result is at the value of 3.20.

Make sure to bet on Real Sociedad vs Athletic Bilbao with 22Bet!