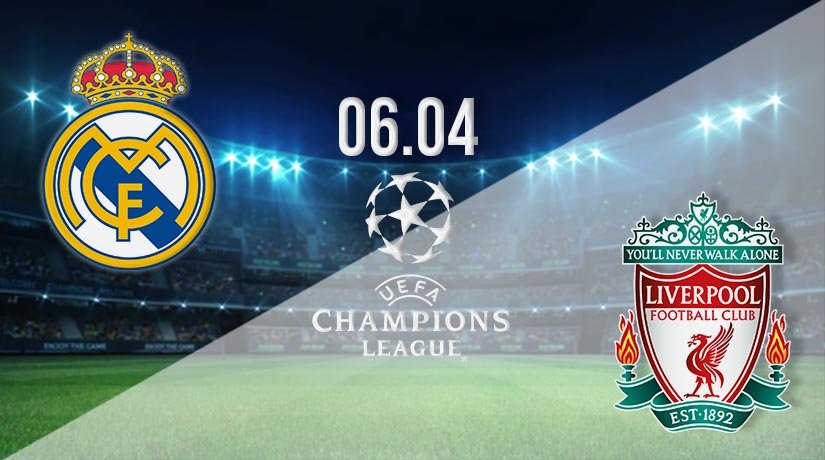 The UEFA Champions League returns this midweek with two games played on Tuesday before another double on Wednesday. We have arrived at the quarter-final stage, and the teams involved aim to give themselves an aggregate lead. The game of the round goes on Tuesday in Spain as La Liga champions Real Madrid face Premier League champions Liverpool, from 20:00 GMT.

Blancos and the Reds have met six times before in competitive action, and the head-to-head stats are locked at three victories each. The first match was in the European Cup 40 years ago, Liverpool nicking a narrow 1-0 win thanks to Alan Kennedy’s goal at the Parc des Princes in Paris. The most recent clash produced a 3-1 for Madrid three years ago in Kyiv. Armchair fans hope for another thrilling encounter.

Real Madrid on a winning run

Real Madrid has propelled themselves back into the La Liga title charge on the back of three wins on the bounce. Last season’s champions sit second in the table after 29 games, three points behind current leaders and derby rivals Atletico Madrid, who have won only one of their last three.

Retaining the Spanish crown is vital to Madrid fans, especially if it comes at the expense of Atletico, but it would be all the sweeter if they were to do the La Liga and Champions League double. The home team beat Eibar 2-0 at this venue on Saturday with the goals scored by Asensio and Benzema. They hammered Atalanta 4-1 on aggregate in the previous round of this competition.

Liverpool won’t be defending last season’s Premier League title with the trophy heading to Man City in the coming weeks. The Reds are now involved in a battle to secure a top-four finish in the league and bag their Champions League spot next term. They are currently sixth in the table, two points behind Chelsea in fourth but have won each of their last two league games.

The visitors finished March with a hard-fought 1-0 win over Wolves and started this month with a stunning 3-0 victory over Arsenal in London. Fans hope Jurgen Klopp’s side have steading the ship and are back to playing their best football. An away win over  Madrid would put Liverpool in the driving seat, but they’d likely take a scoring draw as a good result.

Both sides enter this match, hoping to take the lead in the tie, and both are capable of doing just that. They arrive in winning form and have the players to ensure armchair fans are treated to a thrilling 90 minutes of action.

Liverpool hasn’t conceded a goal in their last three games in all competitions, and that defence will be asked to stand tall again. Madrid has conceded two goals in their previous three matches.

Make sure to bet on Real Madrid vs Liverpool with 22Bet!