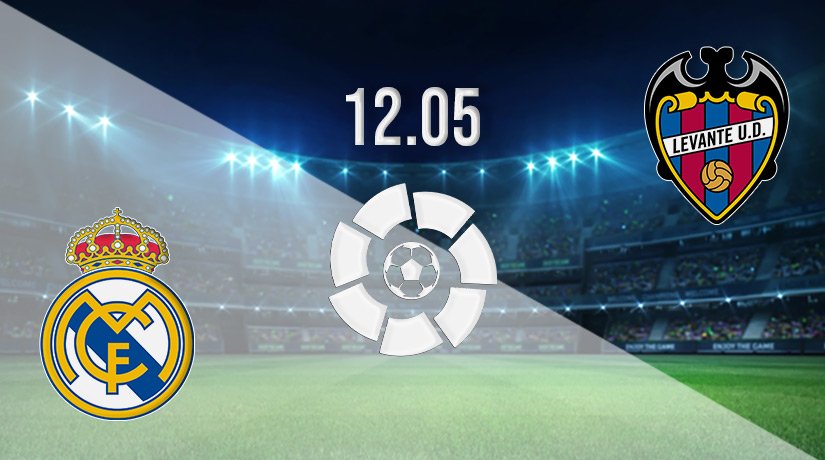 Real Madrid will be looking to bounce back to winning ways on Thursday as they take on relegation threatened Levante. The visitors will need maximum points to maintain any hope of staying in La Liga this season.

Real are currently nine clear of Barcelona, and will play their game in hand against Levante on Thursday. However, they will need to bounce back as they saw their four-game winning run brought to an end last weekend against their cross-city rivals.

Atletico Madrid claimed the bragging rights, as they scored the winning goal from the penalty spot after 40 minutes. Real dominated the fixture for the large part, but a number of changes was made to the starting eleven with the club already preparing for the Champions League final at the end of the season.

Levante’s stay in La Liga looks like it will be coming to an end this season, as the Spanish side are six points adrift from safety with just three games remaining. Their inferior goal difference also means that they will need to finish at least one point clear of Cadiz. That means that this fixture against the champions is a must not lose fixture.

Levante have shown some decent form across recent weeks, as they have lost just once in their last four, and have picked up two wins during that run. However, it could be too little too late for them.

Levante actually have a decent recent record against Real, as they are unbeaten in their last two fixtures. That includes a win in Madrid last season, as they won 2-1. The meeting earlier in the campaign ended in a very entertaining 3-3 draw.

Levante may have a good record in this fixture, but that doesn’t mean that they will be taking the points on Thursday. Instead, we expect to see a professional display by the recently crowned champions, and I could see the picking up a straightforward 2-0 win.

Make sure to bet on Real Madrid vs Levante with 22Bet!