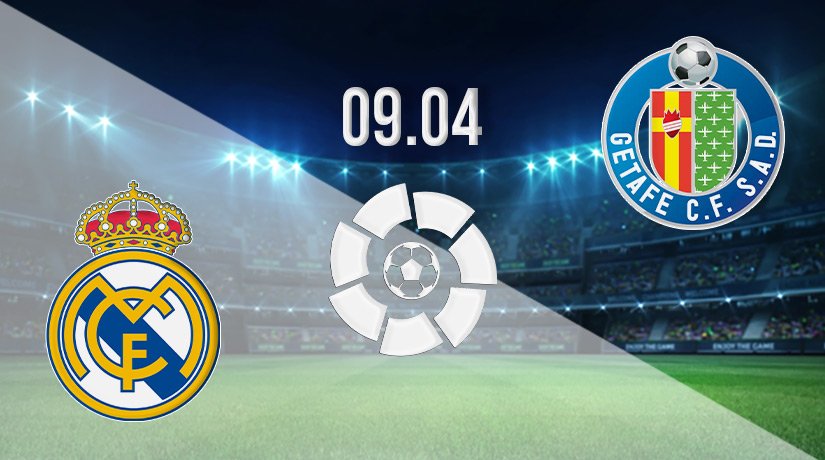 After demolishing Chelsea 3-1 at Stamford Bridge in the Champions League quarter-final first leg on Wednesday, Real Madrid’s focus turns to their bid to win La Liga when they host 14th-placed Getafe on Saturday at 20:00GMT.

Can Real Madrid Maintain their Gap with Second-Placed Barcelona by Beating Getafe on Saturday Night?

Apart from their 4-0 defeat to Barcelona, Real Madrid’s league form has been superb in recent matches.

Los Blancos lead La Liga with 69 points, 12 points ahead of second-placed Barcelona with 57 points, with the Blaugrana having played one match less.

Carlo Ancelotti’s side will be looking to press their advantage home when they face Getafe on Saturday, as they bid to maintain or extend their lead over the chasing pack in the run-in.

With two draws and a win, with the win coming in their latest La Liga match against Mallorca (1-0), Getafe will be hoping to continue this upturn in form against the league leaders on Saturday.

Having gone six matches without a win (4 draws and 2 losses), Getafe finally got back to winning ways with the 1-0 triumph over Mallorca. They will be hoping to maintain the momentum from that result when they face the league-leading Real Madrid.

In the last six matches in La Liga, Real Madrid have collected 15 points out of the available 18. They have won five and lost one match in this run. The one defeat came in a 4-0 drubbing by Barcelona at the Santiago Bernabeu.

This run of form is second-best to their rivals Atletico Madrid and Barcelona, who have collected the maximum 18 points in this run of six matches in la Liga.

This shows that Getafe have been competitive but they have lacked the cutting edge to turn their draws into wins.

In their four draws in this run, Getafe kept a clean sheet in just one of them (in the 0-0 draw with Valencia). They will need to tighten up at the back to improve their chances of winning games, especially coming up against Real Madrid.

Left-winger Eden Hazard suffered a fissure to his fibula on March 25th, which has kept him out of seven matches for Real Madrid. The 31-year-old Belgian is a doubt for the clash with Getafe.

Centre-forward Luka Jovic is recovering from an ankle injury, which has sidelined him from two matches already, and which makes him a doubt for the match against Getafe.

Attacking midfielder Isco has back trouble since March 30th, and the 29-year-old Spaniard is a doubt for Ancelotti’s side.

Centre-back Eder Militao is suspended for the match against Getafe and will be back from April 14th.

Getafe will have all their players fit and available for selection in the clash against Real Madrid on Saturday.

This will come as a boost to Quique Sánchez Flores as he seeks to steady the form of his side in the run-in.

The French international has been in great goal-scoring form, as underscored by his hat trick at Stamford Bridge against Chelsea.

Benzema will be crucial for Madrid’s run-in, starting with their clash with Getafe on Saturday.

Unal has been a talisman for Getafe this season; he has grabbed 14 goals in 29 appearances, which underscores his importance to the team that does not score many.

He will be the danger man for Getafe against Real Madrid on Saturday.

Getafe will adopt a pragmatic and solid approach, defend deep, and seek to strike on the break and using set pieces.

Real Madrid are favoured to win this match and take all three points.

Make sure to bet on Real Madrid vs Getafe with 22Bet!