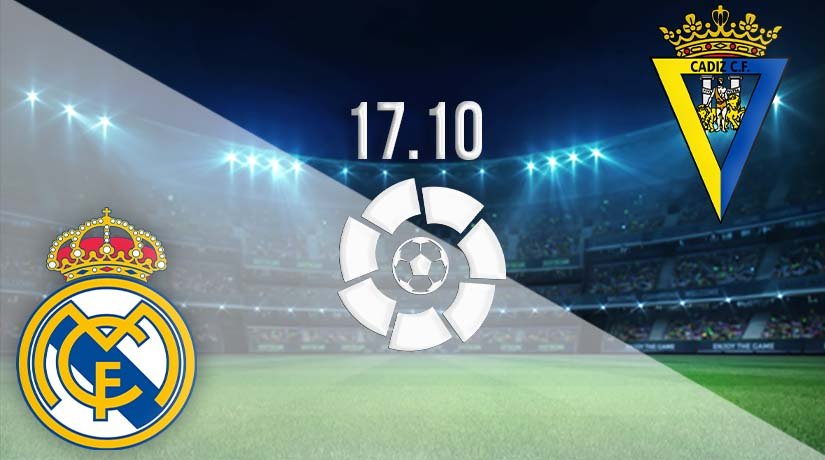 Real Madrid will be looking to consolidate their place at the top of the league standings this weekend, as they take on Cadiz. But, should it be a straightforward match for the Spanish champions?

Real Madrid are one of three teams in La Liga that are yet to suffer a defeat in La Liga, as they have won three of their four fixtures. They started the season with a draw on the opening day, but since then, they have won their last three. Real have been flexing their muscles over these last three games, as they have scored six goals and have conceded just twice. They have kept clean sheets in their last two games, as they beat Valladolid 1-0 and Levante 2-0.

The latter of those was their last game before the international break, with Vinicius Junior and Karim Benzema scoring the goals in the win. Zinedine Zidane’s team dominated possession in that fixture, but they only managed to have three shots on target, which was one fewer than the number that Levante achieved. Regardless, they have already started this season with the same efficiency as they ended the previous campaign.

Cadiz would have been delighted with the start to the La Liga season that they have enjoyed. They have won two of their five fixtures in the top-flight, and come into this game unbeaten in two. Survival will be the aim for the newcomers this season, but they have already shown over the early weeks of the season that they have what it takes to remain a La Liga side. Their last win came against Athletic Bilbao in their last game on the road, as they won 1-0. They were forced to play the final 20 minutes of that fixture with nine men after red cards to Carlos Akapo and Alvaro Negredo. This win was followed up with a 1-1 draw at home against Granada.

This will be the third time that these two sides have met, and both previous occasions have ended in 3-1 wins for Real Madrid. The most recent of those successes came in the Copa del Rey back in 2015.

Real Madrid are just finding their top form this season, and it would be difficult to bet against any other selection except for them to record a fourth win in a row.