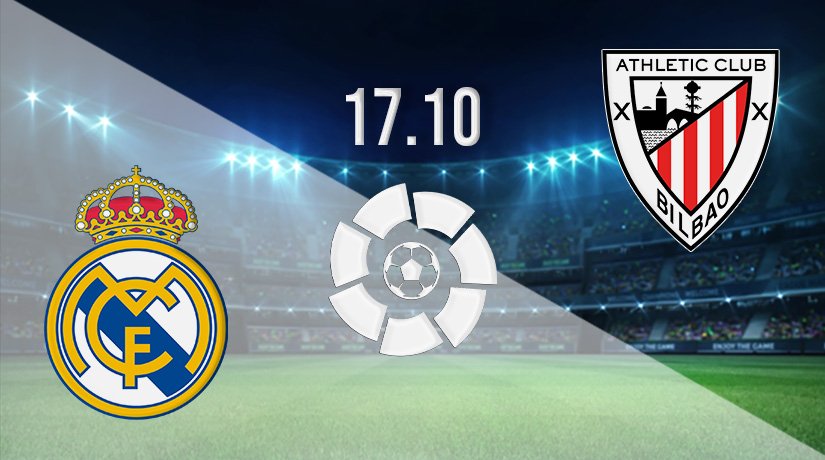 Club football across Europe is welcomed back with open arms following another interruption for international matches including World Cup qualifiers and the UEFA Nations League final. The Spanish La Liga picks up where it left off earlier this month but only two matches are scheduled for Saturday with the majority of games played on Sunday.

Six games are on the schedule that day with the standout involving the pre-season title favourites Real Madrid who take on Athletic Bilbao in a game you can follow live on television.

Real Madrid lost their title to bitter rivals Atletico Madrid last season with the champions causing a major upset. They now plan to wrestle the crown back from across the city but know they can’t take success for granted. If Blancos are to return to the top of the league they must earn it and that starts here.

A strong run of wins at home is required and Real supporters are ready to back the team and cheer them on to victory. Will the players live up to expectations and deliver three points here?

The home team ran out comfortable 2-0 winners when last hosting Bilbao in the previous campaign and everyone connected to the club would be happy to see a repeat performance here. Athletic did earn a 1-1 draw in their most recent clash with Madrid back in March of this year so it would be foolish to write them off. An exciting match awaits armchair fans.

Real Madrid has started their league challenge strongly and enter this latest round of fixtures sitting on top of the league and looking every inch a team good enough to reclaim the title. They may lead the way but Madrid are winless in their last two league starts and that will be a cause for concern to everyone with a connection to the club.

One point taken from the last six available to them has helped keep the title race competitive in the early exchanges with the likes of Atletico Madrid and Real Sociedad taking advantage of that wobble from the league leaders.

Madrid has won five, drawn two and lost one match so far, scoring 22 goals and conceding 10. They are the competition’s leading goal scorers at this stage, already miles clear of the chasing pack but Madrid have conceded more goals than any other team in the top four and leaked Elche who can be found down in 14th position.

That fragile backline is something the coaching staff must address as soon as possible. Goals win games but it’s a strong defence that will win Madrid the championship this season and they are experienced enough to know that.

Real Madrid suffered a surprise goalless draw at home to Villarreal late last month and followed that with a stunning 2-1 home defeat against the minnows of Sherif Tiraspol in the Champions League, a loss that rocked the fans.

There was more of the same in their only previous outing this month, losing 2-1 away to Espanyol, and that’s not three games without a win in all competitions with one point from a possible nine claimed. Much better is required, and the players would have been working on improving during the break.

Athletic Bilbao aren’t usually a team considered to be in the running for the La Liga title, and this campaign is no different. Followers of the visitors hope to see their side be competitive in the league, pull off the odd upset and challenge for the European places. Bilbao will aim to finish high enough up the table that they gain entry to the Europa League or Europa Conference and further boost their bank balance.

At present they are on course to achieve just that with the visitors sitting in seventh place. If they are able to hold their ground or improve between now and the end of the campaign, they will secure entry to Europe.

Athletic have won three games, drawn four and lost only one so far, scoring seven goals and conceding four. Those numbers show they have suffered the same number of defeats as each of the top four teams in the league and have one of the best defences at this level, but a shot-shy attack is holding them back.

Bilbao’s seven goals scored is only one more than Levante, who are stuck down in the relegation zone, fighting for survival at this level. That’s something that must improve if the visitors are to be competitive.

They are unbeaten in their last two games, taking four of the six points on the line. Bilbao ended September with a 1-1 draw away to Valencia which was a decent result with Martinez scoring the leveller in an incident-packed match that saw both teams have chances to go and win the game.

October began with a hard-fought 1-0 home win achieved over Alaves, the winning goal on that occasion coming from Garcia just before halftime.

1-0 is rarely enough to win matches, but it was that day thanks to the strong defence of Bilbao, but the team will hope to be more ruthless in attack in the latter stages of this year.

This is a match Real Madrid will be under pressure to win following their poor run of form before the international break. They certainly have the players to unlock a stubborn Bilbao defence but must hold strong at the back.

The visitors are far from free-scoring, but Blancos have been suspect at the back, and Athletic have enough quality to score any chances they do create on the break.

This promises to be an interesting 90 minutes, and we’ll get a good idea of what to expect from both teams this season at the end of play.

Madrid know they must win, but that brings its own pressures. While nothing is expected of Bilbao, they can go and play their own football. A share of the spoils would be seen as a huge result for the away team in Madrid.

Make sure to bet on Real Madrid v Athletic Bilbao with 22Bet!