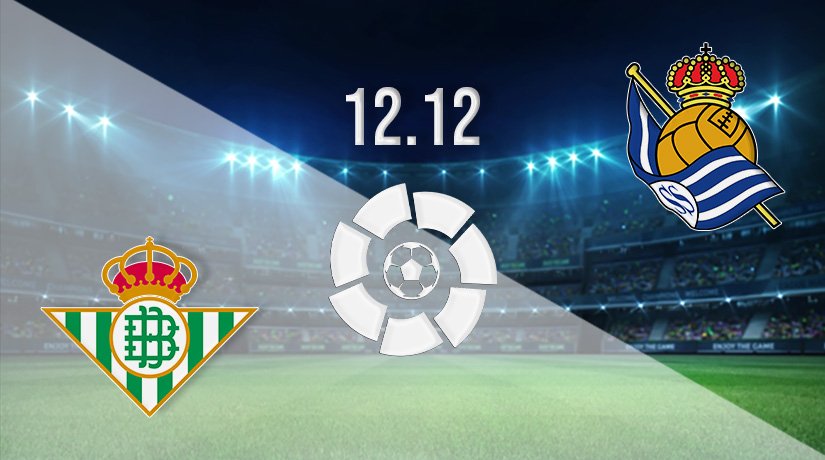 Real Betis, with the upward momentum in La Liga, will host Real Sociedad on Sunday at the Benito Villamarín Stadium staring at 18:30 GMT.

Real Betis are looking to maintain their upward pressure on the table and challenge the top two of Sevilla and Real Madrid. Real Sociedad will be looking to recapture the early season form that saw them head the table for several weeks.

Can Betis Maintain the Momentum at the Top End of La Liga?

Manuel Pellegrini’s side have upward momentum among the La Liga chasing pack. After three straight wins in the league, Real Betis leapfrogged champions Atletico Madrid onto third on the log, albeit having played a match more than Rojiblancos.

Last time out, Real Betis spoiled Xavi’s efforts to restore Barcelona at the pantheon of Spanish football by defeating them 1-0 at the Camp Nou.

Playing against the former league leaders will be enough motivation for Pellegrini’s side to be on their game to fortify their top-three position.

Can Real Sociedad Recapture Their Early Season Form and Consistency?

The last three matches have resulted in one point and two defeats for Real Sociedad. Imanol Alguacil’s side have lost the consistency they showed in the early season when they led the La Liga table.

Imanol Alguacil would be looking to halt their fall on the table when they visit in-form Real Betis. Granted, the last loss was against league leaders Real Madrid; the previous loss was a disappointing 1-0 reverse at Espanyol.

Manuel Pellegrini’s side have accumulated 12 points from the available 18 in their last six rounds of La Liga fixtures. This haul is only bettered by Real Madrid’s perfect run of six straight wins and 18 points.

Real Betis have climbed up the La Liga table to sit at third and within the Champions League qualification places with four wins and four losses.

Real Sociedad have collected 8 points from the available 18 from their last six matches in La Liga. In this run, Imanol Alguacil’s men have won two, drawn two, and lost two.

Sociedad’s away form is slightly better because they have collected 11 points from the available 18. With three wins, two draws, and a single defeat, Sociedad’s last six matches away from home indicate they are solid and hard to beat on the road.

Manuel Pellegrini will be without the 28-year-old attacking midfielder Nabil Fekir, sidelined because of a red card suspension.

Besides Fekir, Pellegrini will have a full squad from which to choose the 11 to face Real Sociedad on Sunday.

Imanol Alguacil is sweating on the mounting injury list for his side that has contributed to their downturn in form in recent weeks.

David Silva is unavailable for selection; the 35-year-old attacking midfielder is still out with the muscle injury he sustained on November 26th.

Juanmi grabbed the 79th-minute winner against Barcelona last time out for Pellegrini’s side. His importance to Real Betis is increasingly being pronounced, and his role in the team is as important as ever now that Betis are up to third on the La Liga table.

Apart from a goal threat, Juanmi’s pressing, positional play, and playmaking are crucial tools for Real Betis. He will be central to their hopes of beating Sociedad.

Real Sociedad need their star forward to get back to his free-flowing best at the tip of their attacking play.

Isak is crucial for grabbing the goals, but he is also vital in forming partnerships at the attacking end with Sorloth, Januzaj, and Oyarzabal to create a dynamic threat for Sociedad.

Isak will be central to Sociedad’s hopes of regaining form and getting back to winning ways.

Expect Real Betis to seek to be on the front foot with territorial and possession dominance. Real Sociedad will seek to nullify Betis by pressing and keeping the ball.

The two teams are finely balanced, and this match will be cagey, with the result being a draw and shared points.

Make sure to bet on Real Betis vs Real Sociedad with 22Bet!