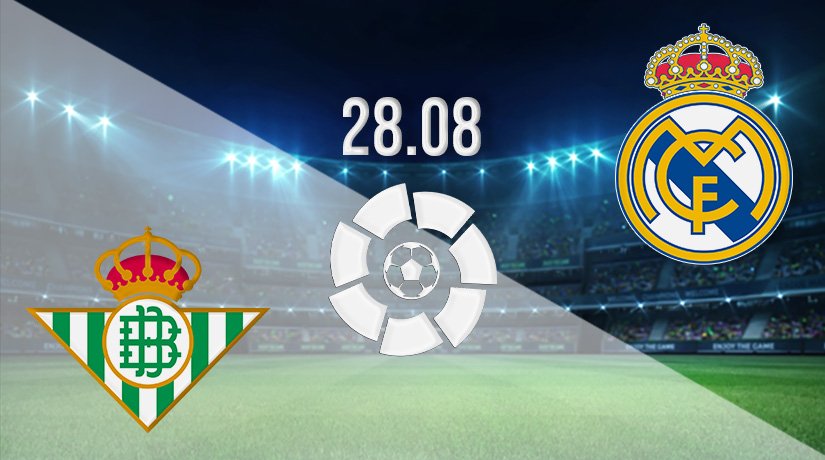 Real Madrid’s start to the season has been okay to this point, but they will be keen to make it two wins from three away from home this weekend. They come up against a Betis side that have drawn both La Liga fixtures so far this season.

Carlo Ancelotti’s second reign at Real Madrid has got off to a steady start this season, as they have picked up four points from the two games that they have played. Madrid will need to maintain a winning run if they are to win the league title this season, which means the Italian boss will be expecting a return to winning ways on Saturday night. Much of the talk surrounding the Spanish giants has come off the pitch this past week, as the club have submitted an opening bid of more than £100 million for PSG superstar Kylian Mbappe. However, the offer has neither been accepted or rejected to this point. Real were held last weekend by Levante, as Vinicius Jr scored a late equaliser to save a point. Gareth Bale was given a start in that fixture, and the Welshman returned to the line-up by opening the scoring.

Betis come into this La Liga fixture in tenth place in the league standings, as they have picked up two draws from the games that they have played so far this season. Both games have ended in 1-1 draws. They opened the season against Mallorca, before getting their home campaign off to a drawing start against Cadiz on Friday night. Betis fell behind in that game after just eleven minutes, but they pulled level just over ten minutes later through Juanmi. They will need to improve for the visit of Real Madrid this weekend.

Real Madrid have just one once against Real Betis in the previous four league meetings. That victory came in this fixture last season, as they won 3-2 away from home. The game in Madrid ended in a 0-0 draw in April.

Real Madrid have endured a struggle against Betis in recent seasons. However, Ancelotti’s side look vibrant in the attacking third, and should have the quality needed to get maximum points on Saturday night. Karim Benzema could be the match-winner for the travelling side.

Make sure to bet on Real Betis vs Real Madrid with 22Bet!