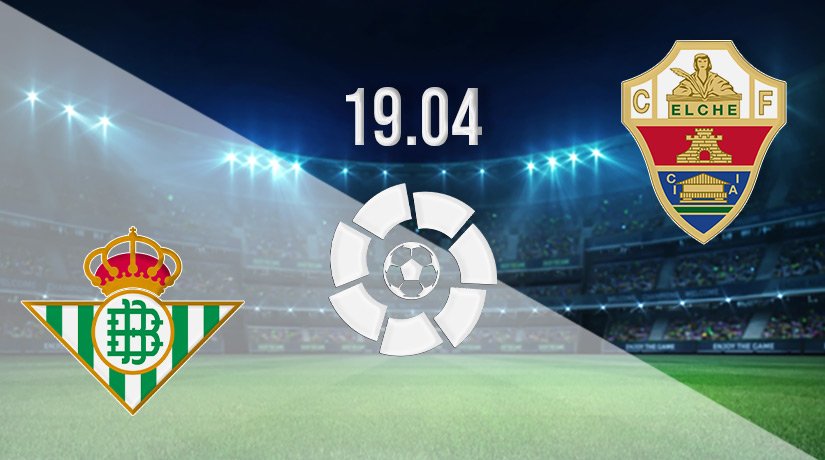 There’s midweek action in the Spanish top-flight this week, as Real Betis look to stretch their unbeaten run to six games. They could move into the top four of the La Liga standings with a victory at home against Elche on Tuesday evening. But, the visitors will be looking for a second straight victory.

The race to finish in the Champions League places in the La Liga standings looks set to go down to the wire this season. Real Betis are currently heading the chasing back, as they come into this midweek fixture sitting fifth in the standings. Atletico are narrowly above their rivals, but a three-point difference leaves no room for error.

Betis have continued to build their challenge over the previous couple of weeks, as they have gone five without defeat, and have picked up three wins during that run of fixtures. Betis will be aware that a victory on Tuesday against Elche will be enough to see them end the night in fourth place, but they will need to win by at least two clear goals.

They will need to be much more confident in front of goal in this fixture, as they could only play out a 0-0 draw in their most recent fixture. That draw came on the road against Real Sociedad, as both sides looked only too happy to take a point to continue their fight for a Champions League finish this season.

Elche will be looking for a second straight victory in Spain this weekend, as they won their last game to move up to 13th in the overall standings. It was a welcome return to winning ways, as Elche had lost their previous three before that success.

They now appear to be safe from the threat of relegation in La Liga this season, as they sit seven points clear of the drop zone. That should be a wide enough advantage considering that there are just six games left to play for the visitors this season. They bounced back to winning ways with a comfortable 3-0 success against Mallorca. Johan Mojica and Pedro Bigas both scored goals in the win.

Betis are unbeaten in their previous four against Elche. However, they have recorded just two victories during that period. Their only home success against their rivals came in November 2020. The previous meeting between the sides this season ended in a 3-0 away win for Betis in November.

This is a huge fixture for Betis in the context of their season. The pressure will be on, and they will need to take maximum points. I find it hard to see past Betis taking the points on Tuesday, and could see them picking up a 2-0 victory in front of their home fans.

Make sure to bet on Real Betis vs Elche with 22Bet!