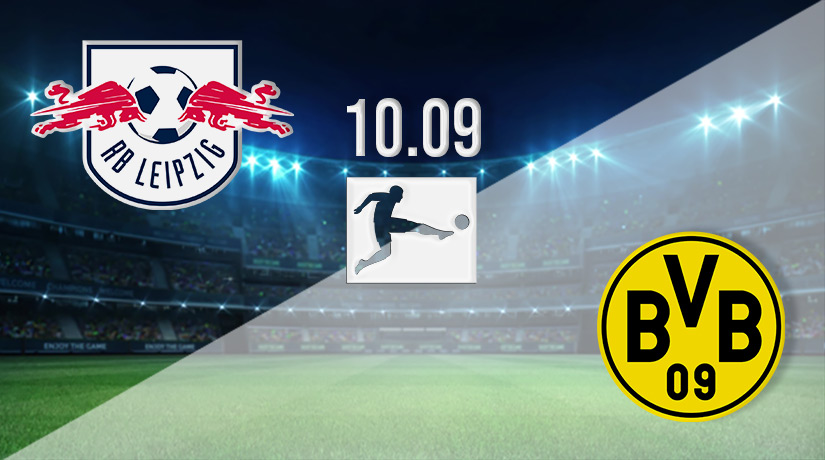 RB Leipzig will be looking to resurrect their flailing league form in the Bundesliga when they welcome second-on-the-table Borussia Dortmund to the Red Bull Arena on Saturday for a league clash at 14:30 GMT.

Can RB Leipzig Revive their Form in the Bundesliga with a Home Win against Dortmund?

Domenico Tedesco will still be looking to get his team in form, even with the speculation that he might be sacked. This has been heightened by Leipzig’s abject 1-4 defeat to Shakhtar Donetsk on Tuesday night at the Red Bull Arena.

RB Leipzig will be looking to go back to basics as they devise an approach that will help reduce the number of goals they concede while bolstering their attacking play.

The intensity will also need to be right given they are playing against a Dortmund side that plays with a high tempo and pressing.

Playing at home, Leipzig will seek to get the fans on their side from early on, as they look to play themselves out of their current poor form and a bad run of results in the Bundesliga and Europe.

Can Dortmund make it Three Wins on the Bounce in the Bundesliga against RB Leipzig?

Borussia Dortmund will be looking to continue with their good form when they face RB Leipzig on Saturday in the Bundesliga. This match comes after Dortmund convincingly beat Copenhagen 3-0.

Edin Terzić will look to maintain his side’s distance to the top of the table early on. After hauling 12 points out of the available 15, he will want Dortmund to maintain their winning run by extending it to three consecutive matches in the Bundesliga.

Dortmund will maintain their high-energy and high-tempo approach to the game as they look to take advantage of the low confidence and poor form of RB Leipzig.

RB Leipzig have won just once after five matches in the Bundesliga this season. They have collected five points out of the available 15. In the five outings, they have triumphed once, drawn twice, and lost twice.

Two consecutive draws against VfB Stuttgart (1-1) and Koln (2-2) meant that Leipzig were winless in their first two fixtures. However, this record was exacerbated when they lost 2-1 against Union Berlin.

Although they got their first win of the Bundesliga season in the 2-0 triumph against Wolfsburg, Leipzig could not capitalize on it as they lost their next game 0-4 away to Eintracht Frankfurt.

Dortmund have won four times and lost once in their opening five Bundesliga outings. They have hauled 12 points and dropped 3 in the process. They are currently second on the table behind SC Freiburg and a point ahead of third-placed Bayern Munich.

Dortmund opened their account in the Champions League Group G with an impressive 3-0 win over Copenhagen at the Westfalenstadion. They will be looking to bolster this run of form when they face RB Leipzig on Saturday.

Edin Terzić will especially be focused on bolstering their away form to ensure that they do not drop points early on as they look to keep within touching distance of the early Bundesliga pacesetters.

The Frenchman has been a rare ray of shine for RB Leipzig in a campaign that has started badly with poor form and a lack of coherence in their play.

Nkunku has maintained his high standards of performance with his goal-scoring exploits helping the team to five points.

However, his best form only comes when the team is playing better, and their talisman will need the team to make a massive turnaround this season, beginning with the home clash with Borussia Dortmund on Saturday.

Nkunku will important for Leipzig going forward, pressing, and connecting midfield with attack. His high energy and runs will be instrumental in maintaining a high tempo and posing an attacking threat to the Dortmund defense.

The German is a senior and important part of the Borussia Dortmund team. He is the creative focal point of the team that helps connect the midfield to attack seamlessly.

At his age, Reus still maintains a high-tempo and high-energy approach to his game. These attributes are important to Dortmund’s high-octane approach to their matches, and Reus helps set the tempo from the front.

Reus’ creativity and eye for a pass are important to Dortmund; they help in opening defenses up and creating chances. His runs can also be defense splitting, whereas his finishing is crucial in getting the goals Dortmund needs to keep up with the Bundesliga title chase this term.

Reus will be instrumental for Dortmund on Saturday as they look to beat Leipzig and take the three precious points they need.

RB Leipzig will focus on their defensive structure as they seek to minimize the chances they give away to the opposition, and thus say in the game for as long as possible.

Dortmund will play on the front foot, dominating possession, and implementing a high press across the pitch. This will be designed to pin Leipzig in their gal and create many goal-scoring chances.

Borussia Dortmund have the form and quality to win this match and make three wins on the trot.

Make sure to bet on RB Leipzig vs Dortmund with 22Bet!