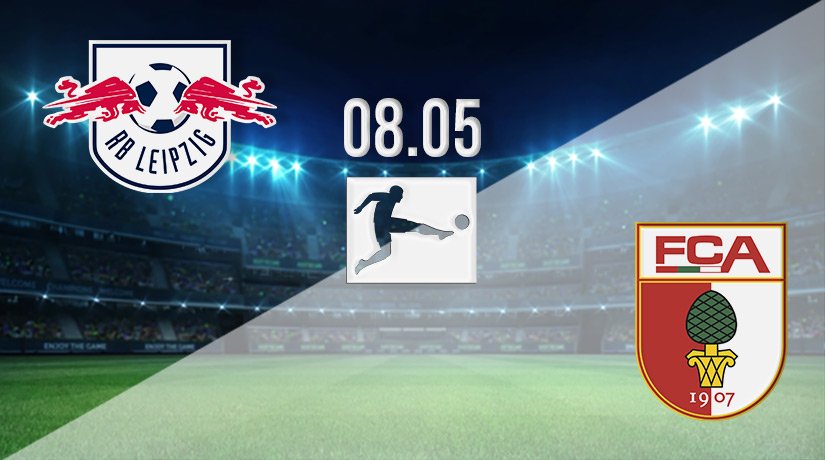 Leipzig will face a must-win game in the Bundesliga on Sunday as they come up against Augsburg. The German giants could miss out on a Champions League finish this season, and will need to end a run of two straight defeats to improve their chances.

RB Leipzig could yet end the season with two pieces of silverware, but their domestic form has slipped over recent weeks. The German giants currently sit down in fifth in the league standings, and are one point behind Freiburg in the race for the final Champions League spot this season.

After winning three on the bounce, Leipzig moved into a commanding position. However, they come into this fixture after suffering two straight defeats in the Bundesliga. Their most recent defeat was a 3-1 loss on the road against Borussia Monchengladbach.

Leipzig could have considered themselves slightly unlucky to have lost that game, as they registered seven shots on target, and should have scored more than just the one that they managed. Leipzig could yet qualify for the Champions League next season though, as winning the Europa League could offer an alternative route.

Augsburg look almost safe from being dragged back into the relegation battle this season, as they sit six clear of 16th place Stuttgart with two games of the season remaining. However, they will be looking to pick up just one more point to ensure that they will be playing in the Bundesliga next season.

Augsburg hasn’t been in the best of form over their previous five games though, as they have lost three of their previous four. Their third defeat during that run was picked up last weekend, as they lost 4-1 at home against FC Köln.

Leipzig has an excellent record in this fixture, as they are unbeaten in their previous eight fixtures against Augsburg. Their last defeat against this weekend’s rivals came back in September 2017. However, the most recent fixture between the two German sides ended in a 1-1 draw in December.

This is a huge fixture in the context of Leipzig’s domestic season, as they desperately need to win to keep their hopes of a top four finish alive. They should get the win this weekend, but it may be a nervy fixture between the sides with just a single goal separating them.

Make sure to bet on RB Leipzig vs Augsburg with 22Bet!