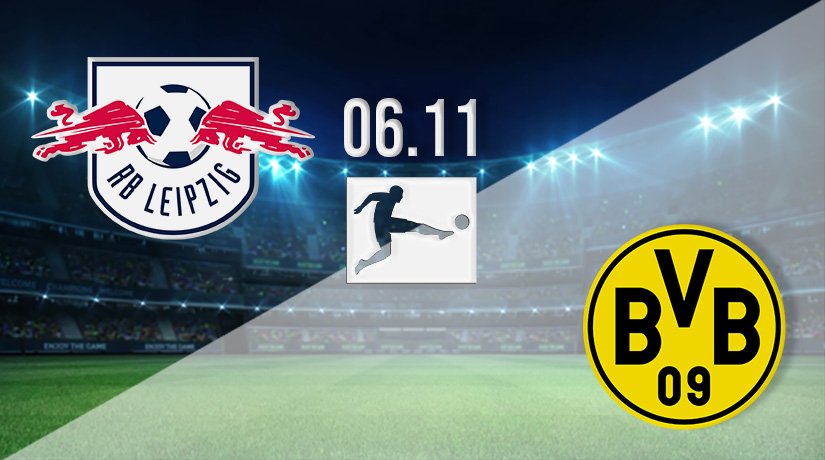 Five matches will be played in the German Bundesliga on Saturday between 14:30 and 17:30 GMT and there’s a top of the bill clash that is sure to draw a huge television audience. RB Leipzig holds the home advantage over Borussia Dortmund in the standout fixture from Germany’s top league. The home team are much further off the pace at this stage than they would have feared but continue to build back from a disastrous start. Borussia Dortmund is second in the table thanks to an impressive winning run. Will they continue their form?

These sides were expected to serve up a challenge to the dominance of Bayern Munich this season, but only the visitors have been doing their bit thus far. They are in the mix and challenging for pole position in the league. Dortmund can’t afford to get too comfortable as they know only too well everything can change in the blink of an eye in this division. This is one of the most competitive leagues in Europe and consistency is key to success.

The Bulls and Dortmund have served up some memorable games over the years, and armchair fans hope we are treated to another thriller here. Both enter with the quality to win this game, create plenty of chances and score goals, and the fact both Leipzig and Dortmund will be playing for the three points will make things even more interesting.

Bulls suffer from a slow start

RB Leipzig began this campaign as the second favourites to win the title after Bayern Munich. Still, they were poor in the opening exchanges of the campaign, failing to capture the imagination of fans. Supporters had hoped this was the season the Bulls finally hit the top spot and ended the painfully long reign of Bayern Munich. They may still achieve that, but if that is the case and RB Leipzig is to become champions of Germany, they must seriously improve their form. They are already miles off the pace set by FCB, who have 25 points against their name, while RB Leipzig has just 15.

The home team enter round 11 of the season with the form reading four wins and three draws against three defeats, scoring 21 goals and conceding 10. Interestingly, the Bulls have conceded the same number as Munich but have 17 fewer goals. Their problems stem from a poor start, but despite entering down in eighth place and outside of the European places, Leipzig are unbeaten in their last five games, winning three and drawing two. They are improving, avoiding the early mistakes of the campaign and growing into the season.

Leipzig were last seen in action, being held to a draw by Eintracht Frankfurt away from home. That was always going to be a tough match and a difficult three points to get, with Frankfurt hovering just above the relegation zone and fighting to climb the ladder. It was a game the Bulls came painfully close to winning, with Poulsen scoring the opener on 35 minutes to put his team in a commanding position, but there was late drama as Silva Melo scored an equaliser with 94 minutes on the clock.

BET ON RB LEIPZIG VS DORTMUND WITH $100 BONUS

Dortmund arrive on a winning streak

Borussia Dortmund are experienced enough not to let a poor start affect them or get carried away by a winning run. They won’t be foolish enough to take RB Leipzig lightly just because they are lower than expected in the league table. Borussia will give their opponents the respect they deserve on their own patch and will prepare for this match like any other. This is an important away game against a dangerous opponent, so we can expect to see the best of Borussia who come to town knowing the size of the challenge that awaits them in this match.

Thanks to a stunning run of form, the visitors will arrive with confidence in their ranks and morale at an all-time high. They have won each of their last four games, taking a maximum of a dozen points in that time to close the gap on leaders and champions Bayern Munich. The pacesetters have won three and lost one in the same period, ensuring they will be well aware of how close Dortmund are. Winning this match against RB Leipzig away from home would serve as another reminder that Borussia are serious about challenging and are good enough to win crucial points on their travels.

We last saw Borussia Dortmund in action a week ago when they beat FC Koln at home in their final game of October. That match ended 2-0 thanks to goals from Hazard, who broke the deadlock on 40 minutes and Tigges, who found the net on 63 minutes, to wrap up the points. It was a comfortable outing, and despite never hitting top gear, Borussia could have scored more goals and won by a greater margin.

Here we have two teams in great form and enjoying unbeaten runs. RB Leipzig holds the home advantage, and it’s important that they make it count as defeat would see them fall further down the pecking order and further off the pace set by Bayern Munich. A win here would catapult them up the table and towards the European places while showing they are over that rough patch and ready to challenge.

Borussia Dortmund know winning this match on the road won’t be easy, but they have the players to challenge. Victory wouldn’t just give them three points. It would prove they are genuine title contenders and are capable of winning big games away from home and holding the consistency needed to challenge for the trophy.

Football fans registered at 22bet can make their predictions and place their bets on this fixture now. RB Leipzig are 2.075 to win the match with Borussia Dortmund 3.2 and the draw 3.86. There are also over 100 other markets available to gamble on, including both teams to score, first goalscorer, handicap, total goals and more.

Make sure to bet on RB Leipzig v Borussia Dortmund with 22Bet!