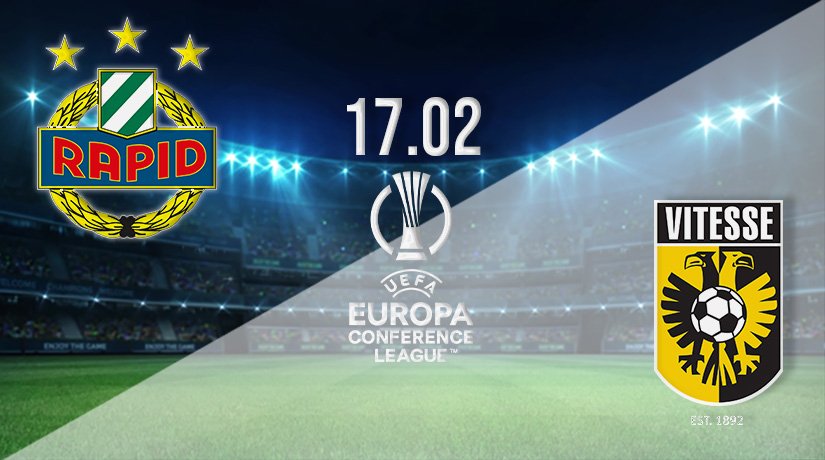 An interesting tie in the Europa Conference League is set for its first leg on Thursday, as Vitesse look to maintain their strong start in the competition with another big victory against Rapid Wien.

In truth, Vitesse have done excellently well to reach this stage of the competition, as many expected them to be knocked out in the previous round. They were drawn in Europa Conference League Group G, alongside Rennes and Tottenham Hotspur. However, Tottenham’s inability to field a team against Rennes meant that the Dutch side were automatically assured of finishing second in the group.

They deserved that finish in the group standings too, as they won three of the six games that they played. Vitesse were beaten twice in Group G, with those defeats coming against Spurs and Rennes.

They scored 12 goals in the six games that they played in the group stages, and conceded nine times. Defensively they will need to become much tighter, as they are unlikely to get away with making mistakes in their third of the pitch as the competition heats up.

Rapid Wien finished third in their Europa League group, which meant that they dropped into the playoff round in the Europa Conference League. They will have home advantage for the first leg, which may not play to their strengths, as they won just one of their three home games in the Europa League earlier in the season.

These two sides have not previously clashed in a competitive fixture. The second leg of this tie takes place a week on Thursday.

Neither side have been in flying form recently. Rapid Wien have lost their last two, while Vitesse have been beaten in their previous four games. However, the travelling side certainly look to have the better calibre of players. Therefore, we could see them getting a draw on the road this week to give themselves an advantage when the tie heads back to the Netherlands next week.

Make sure to bet on Rapid Wien vs Vitesse with 22Bet!