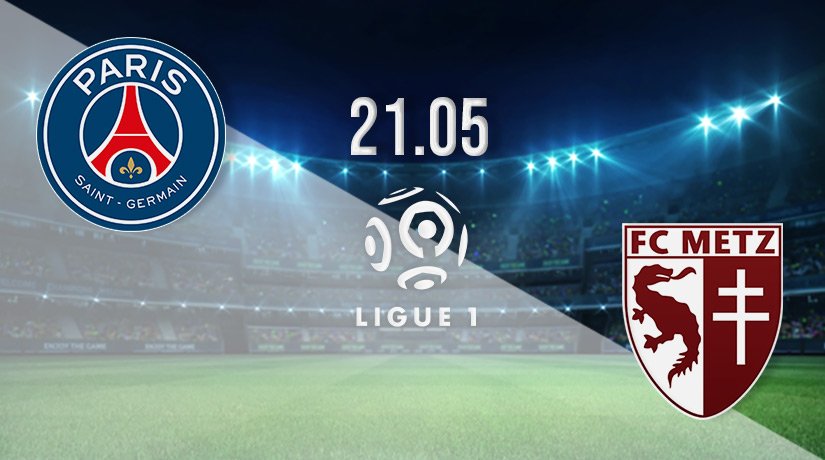 The curtain comes down on another trophy-winning season for PSG this term, as the Parisians play their final home game of the season on Saturday night against Metz. It will be the away side’s final game in Ligue 1 for at least a season, as their relegation was confirmed last weekend.

PSG bring their 2021-22 season to a close on Saturday evening, as they play their final home game of the season against Metz. It has been a successful season overall for the Parisians, as they have got their hands back on the French top-flight title. However, there will still be disappointment surrounding their season, as they suffered an early exit from the Champions League at the hands of Real Madrid.

That could ultimately spell the end for Mauricio Pochettino, who may be given his marching orders after the game in Paris. It has also been an excellent season for Kylian Mbappe, as the forward has struck 25 goals and recorded 17 assists this term. But, it may be the Frenchman’s last appearance for PSG, as rumours are heating up that his official move to Real Madrid will be announced after this fixture.

It ultimately wasn’t to be for Metz this season, as their relegation to Ligue 2 was confirmed last weekend. They certainly made a good attempt to stay in the top-flight over the final weeks of the season, as they went three games without defeat.

Confidence will also be high that they can finish 18th this term, as they come into this fixture against the champions after recording two straight wins. Their latest win was recorded at home, as Didier Lamkel Ze scored five minutes into the second half to seal a 1-0 win against Angers.

PSG vs Metz Head to Head

Metz have an extremely poor record against PSG in recent meetings, as they have gone 12 without a win. PSG have recorded victories in all 12 previous meetings between the sides, and have averaged 2.9 goals per game. Their latest win came back in September, as PSG sealed a 2-1 win on the road.

PSG will be looking to end their season on a high note this weekend in front of their home fans. It’s hard to look past the Parisians against Metz, and it could mean that they end their season with a comfortable 2-0 win.

Make sure to bet on PSG vs Metz with 22Bet!