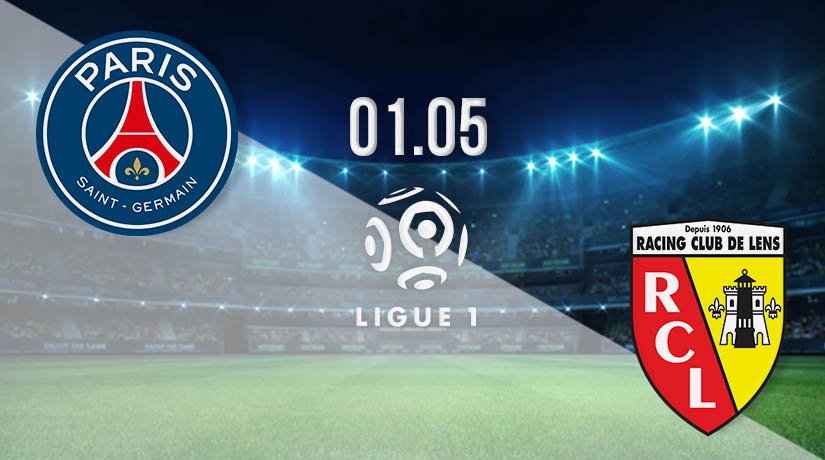 PSG will be looking to keep tabs on Lille at the top of Ligue 1 this weekend, as there are just four games of the season remaining. They will welcome Lens to the French capital this weekend.

Very few people would have predicted that PSG would still be in a title race at this stage of the Ligue 1 season, but with four games remaining, the Parisians still have work to do if they are to regain their domestic title. PSG are currently in second, but just one point away from Lille. Every weekend is huge for all three times at the top of the league standings, but this weekend could be potentially the most important. PSG have won their last three in the league, but will need to recover after losing their first leg of their semi-final against Manchester City. They were excellent in the first half of that contest, but allowed City to dominate the game in the second period. Pep Guardiola’s side came back from one down to win in Paris 2-1. There could be a number of changes made this weekend to ensure that PSG’s key players are fully fit for the return leg at the Etihad on Tuesday.

Lens have enjoyed an excellent season, but the pace that has been set by the top four means that a European finish has already been taken out of their hands. However, their form over the last six matchdays has remained strong, as Lens have gone through this recent run without suffering a single defeat. They have picked up three wins and three draws in their last six. They have been a difficult side to beat this season, as they have lost just eight of their 34 games, which is the same number of defeats that have been recorded by PSG. Lens come into this fixture after beating Nimes 2-1 last weekend.

PSG vs Lens Head To Head

PSG have won eight of the previous 13 meetings between the sides. Lens have won on just one occasion, while there have been four draws. The capital club average nearly two goals per game in this fixture. The meeting earlier in the season saw Lens beat PSG for the first time.

Lens have been excellent over recent weeks, but this will be a much more testing examination. PSG will make some changes for this game, but we still expect them to claim the win they need to keep tabs on Lille.

Make sure to bet on PSG vs Lens with 22Bet!