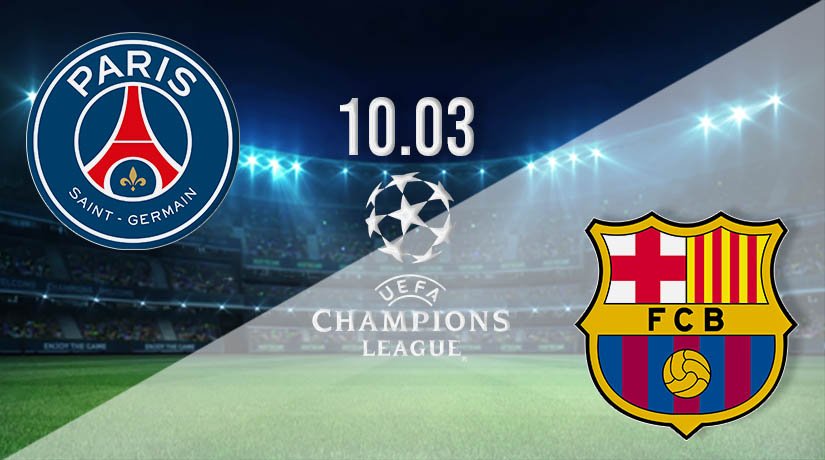 One of the standout matches of this week’s football schedule takes place in France where Ligue 1 champions PSG take on La Liga giants Barcelona. This Champions League Round of 16 match is scheduled for a 20:00 GMT kick-off on Wednesday and armchair fans can follow the play from Paris live on television. An exciting 90 minutes awaits.

Being amongst the most successful teams in European football it is no surprise to learn PSG and Barcelona are no strangers to meeting in competitive action. The head-to-head stats stand at five wins for Barca against the four of PSG with three games ending in a draw. Interestingly, the last two meetings have produced a total of a dozen goals. Neutrals hope this renewal follows that trend.

PSG would have dreaded going to Spain for the first leg of this match knowing they were up against one of the tournament’s strong favourites to lift the trophy. As the old saying goes, to be the best you’ve got to beat the best and that’s exactly what the Parisians did, sending shockwaves throughout European football by claiming a 4-1 win at Barcelona. Mbappe showed by class by bagging a hattrick in that game with the other goal scored by Kean.

We last saw PSG in action when beating Brest 3-0 away from home in the French Ligue 1. Saturday’s win was achieved thanks to goals from Sarabia and a Mbappe double as the young attacker continues to find the net and reach his potential. That win moved PSG second in Ligue 1 and they have two points to find to match current leaders Lille. There’s a title race on in France.

Barca hanging by a thread

Barcelona missed the chance to take control of this tie by winning at home and their hopes of progressing are now hanging in the balance. They aren’t out of it yet, but they are certainly staring elimination in the face. Barca know what they must do to have any chance of going through. They must score first in this game and go on to hammer a talented PSG side. That’s no mean feat, of course, but they’ll give it a go.

The home team are on a strong run of form in Spain and have taken nine points from their last three games. They are second in the La Liga table, trailing leaders Atletico Madrid by three points but the current leaders have a game in hand over the chasing pack. Barcelona made it three league wins on the bounce when beating Osasuna 2-0 away from home on Saturday.

Barcelona must explode out of the traps and get the first goal early in this game if they are to have any chance of going through. It’s unlikely they will progress, but an early goal could make things nervy for the home team.

Make sure to bet on PSG vs Barcelona with 22Bet!