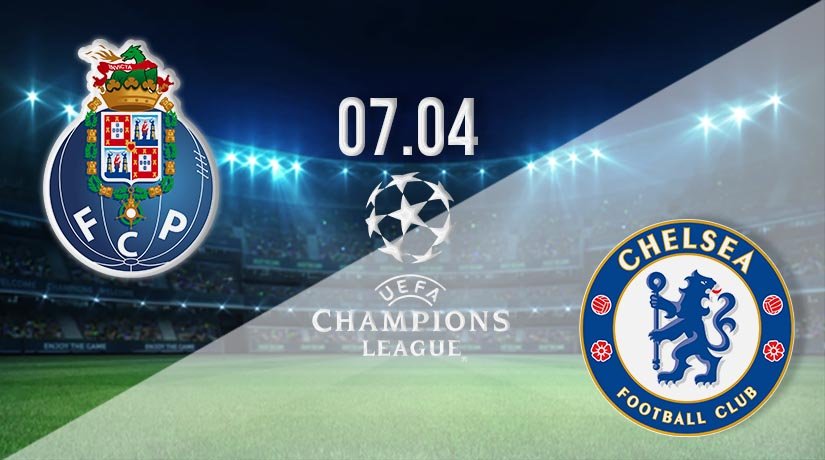 Three English Premier League teams are involved in the four Champions League quarter-final matches played in midweek. London club Chelsea visit Porto on Wednesday from 20:00 GMT as the Blues aim to ensure the tie is, at least, competitive, heading back to Stamford Bridge for the second leg.

This is the first meeting of these sides since 2015 when Chelsea waltzed to a 2-0 victory thanks to goals from Willian and an OG from Marcano. Much has changed at both clubs since that meeting, and the home team will be out for revenge. Porto did win their last home match against Chelsea by a 2-1 scoreline and enter with confidence.

FC Porto is second in the Portuguese Primeira Liga behind leaders Sporting Lisbon, who enjoys a seven-point advantage. Porto head into this tie on a great run of form and have won each of their last four league matches, including a 2-1 home victory over Santa Clara on Saturday. Confidence is high in the home dressing room, and followers of the local side will hope that’s enough to see off the English invaders.

Porto pulled off the upset of the previous round when eliminating Italian Serie A giants Juventus over two games. The aggregate score ended 4-4, Juventus winning 3-2 after extra time, and that sent Porto through on the away goal rule. Having claimed the scalp of one of the competition favourites, Porto will want to go all the way.

Chelsea chasing an away goal

Chelsea is involved in a battle to finish in the top-four in the Premier League and secure their spot in the Champions League next season. They are fourth in the table, but there’s still much work to be done if the Blues hold their ground as just two points separates Chelsea from West Ham United down in seventh. Lovers of English football are all set for a thrilling climax to the season.

Chelsea did lose at the weekend, going down 5-2 at home to West Brom in what was a fantastic game. One Chelsea was expected to win comfortably, but they were overrun by a determined opponent fighting for their Premier League future. Everyone connected to the away side will want to see an instant return to winning ways.

Porto knows their best chance of progressing comes from making home advantage count. They’ll want to beat Chelsea and do it without conceding a goal. That is easier said than done, of course, but it’s not impossible.

Chelsea is here to avoid defeat but know a narrow loss with an away goal or two would keep things interesting heading to London. They have the players to create chances in this match and are capable of scoring goals on the counter-attack. This should prove to be an entertaining match for those choosing to follow the live TV coverage.

Make sure to bet on Porto vs Chelsea with 22Bet!