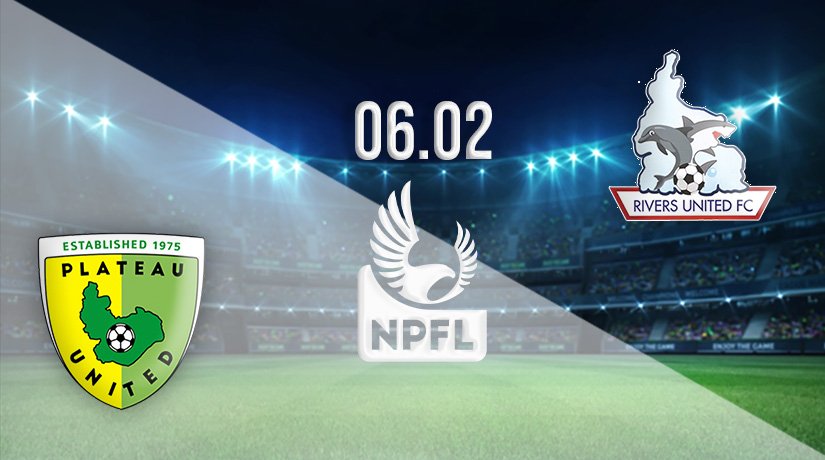 NPFL league leaders Rivers United travel to face the side in 3rd on the table Plateau United on Sunday at 16:00GMT.

With 4 points separating the two sides at the top end of the table, the match on Sunday will end up determining who tops the table heading into round 12 of the NPFL; this is especially the case with Remo Stars sandwiched between the two teams.

Neither team can afford to lose this match, as the tile race heats up in the NPFL.

Plateau United have collected 12 points from the available 15 in their last five outings in the NPFL. In this run, they have won four matches while losing one.

This run of form has seen them rise to 3rd on the table, two points behind second-placed Remo Stars, and four points behind league leaders (and Sunday opponents) Rivers United.

The league leaders are unbeaten in the league so far after 10 rounds of NPFL fixtures. The only other side with an unbeaten record in the league is second-placed Remo Stars.

In the last five outings, Rivers United have won four matches and drawn one. They have collected 13 points and dropped 2 in this run.

The 22-year-old attacker is important to Rivers United’s unbeaten start to this season, and table-topping form in the NPFL.

His movement is also crucial in creating dangerous situations; bring runners and wide players into play; and making Rivers’ game dynamic and dangerous.

The 20-year-old attacker offers Plateau United the flexibility and dynamism they need when attacking. His versatility in forward areas means that he is always an option for when the team needs to change something or adapt specifically to an opponent.

He also offers a goal threat, pace, link-up and hold-play, which are crucial for an attacker in the physical NPFL championship.

Expect Plateau United to show Rivers United respect in this match by setting up pragmatically and defending their goal resolutely and with numbers.

As the league leaders and unbeaten in the league, Rivers United will be the favourites, and the onus will be on them to be proactive and play offensively in this match.

Both teams have a strong defensive record in the league this season; this means that this match will be cagey. A draw is a favoured result in the fixture on Sunday.

Make sure to bet on Plateau Utd vs Rivers Utd with 22Bet!