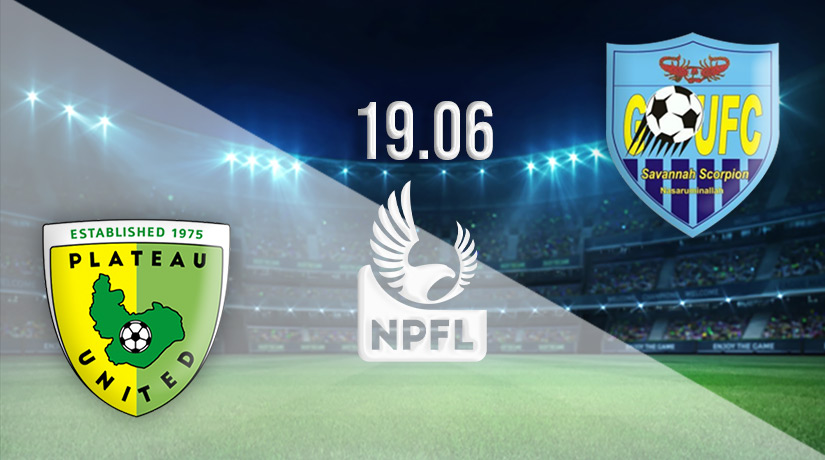 Plateau Utd will be hoping to keep their title hopes alive as they chase down league leaders Rivers Utd when they face middle-of-the-table Gombe United at the New Jos Stadium on Sunday at 16:00GMT.

Can Plateau Utd Maintain their Title Challenge in the Run-in?

Last time out, Plateau Utd suffered a costly 2-1 defeat away to Shooting Stars as league leaders Rivers Utd extended their lead at the top of the table to 10 points with seven matches remaining in the season.

Plateau Utd will be looking to close this gap when they host Gombe United on Sunday as they fight to keep their title hopes alive heading into the culmination of the season.

Plateau Utd will also be looking at bolstering their consistency and cutting edge as they seek to compete against a consistent and ruthless Rivers Utd side that looks to be heading for the NPFL title this season.

Can Gombe United Cause an Upset Against Title-Chasing Plateau?

Gombe United are safe in the middle of the NPFL table; they are currently 9th on the table and safe from the relegation struggles. However, they will focus on causing an upset against Plateau Utd n Sunday as they seek to bolster their position and climb the table.

Gombe will also be looking to bounce back from a run of two matches without a win in the NPFL in the clash with Plateau Utd.

With 45 points, Gombe united are just six points behind third-placed Enugu Rangers; the target in the run-in is to close this gap and finish as high up the table as possible.

This underscores the driving force and incentive behind Gombe United’s competitiveness in the run-in.

Second-placed Plateau United have experienced stop-start form in recent matches in the NPFL. In their last five outings, they have won just two while losing three.

They have collected six points and dropped nine in the process. This run of form has allowed Rivers Utd to open up a commanding ten-point lead at the top of the table with just seven matches and 21 points up for grabs in the run-in.

The defeat against Rivers Utd was especially damaging to Plateau Utd’s league hopes because it was a six-pointer against a title rival, and allowed Rivers to extend the gap even further.

Gombe United have also won just two matches in their last five outings in the NPFL. They have also drawn once while losing twice in this run. They have collected seven points and dropped eight in the run.

Gombe will be looking to bounce back from a two-match winless run with a win against Plateau Utd on Sunday as they bid to climb the table.

Gombe United have also been unable to keep a clean sheet in their last five matches, which highlights their challenges in their bid to climb the table in the run-in.

The 20-year-old winger has been a central player for Plateau Utd this season as they have sought to fight for the title.

The youngster’s pace and dynamic attacking abilities will be decisive for the team in the clash with Gombe United.

The 21-year-old Gombe striker provides dynamism to the team in attacking areas. Apart from being the poacher in the box, his pace and link-up play are crucial in advancing Gombe’s attack. He will be crucial in the clash with Plateau Utd.

Plateau Utd will seek to dominate the match by retaining possession and dictating the tempo of the match.

Gombe will look to be solid and compact to deny Plateau any easy chances.

Plateau Utd will win the match and bolster their title hopes heading into the last six matches.

Make sure to bet on Plateau Utd vs Gombe United with 22Bet!