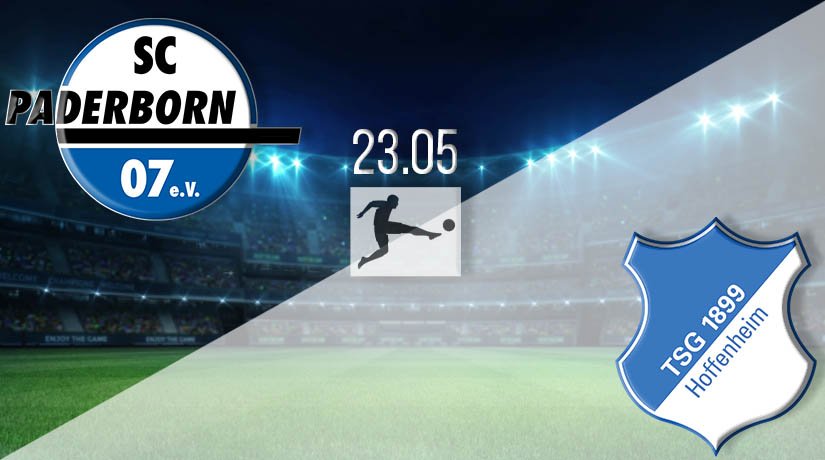 Two sides that are both in dreadful form will meet this weekend, with the home side desperately needing the points to give them a fighting chance of staying in the division this season. Hoffenheim will still feel that they have an outside chance of finishing in a Europa League spot, but they will need to play much better than they have done since the winter break.

Time is running out for Paderborn this season, as they are now ten points away from safety. They did however end a run of four consecutive defeats at the weekend as they played out the only 0-0 draw from this weekend’s fixtures. They were made to ride their luck as they drew 0-0 with Fortuna Dusseldorf. The result would have been a point gained for Paderborn however, as Dusseldorf smashed the post and crossbar in the only noteworthy attacking moments. Paderborn only managed one shot on target in the game, and they will have to find an attacking threat in this upcoming fixture should they want to get all three points.

Hoffenheim have been in disastrous form since the winter break, and their season could hinge on whether they are able to get three points from this fixture. They are four points away from the Europa League places, which means an upturn in form will see them having a chance of ending the season with something to smile about. However, over their last six games, they have lost four times and failed to win. The return to action on Saturday did little for their chances of claiming a win, as they were well-beaten by Hertha Berlin. Kevin Akpoguma put the ball into his own net to give the visitors the lead, before further goals from Vedad Ibisevic and Matheus Cunha wrapped in the comfortable afternoon for Hertha.

Paderborn 07 vs Hoffenheim: Head To Head

There have been five previous fixtures between these two sides, with Hoffenheim having claimed four wins. The only other meeting ended in a draw between the sides. The meeting earlier in the season ended in a comfortable 3-0 success for Hoffenheim.

This is an intriguing fixture, as the form of both sides would highlight that either could get the win. However, the preference for gamblers could be for a draw, with very little way of attacking threat in the fixture.

Make sure to bet on Paderborn 07 vs Hoffenheim with 22Bet!