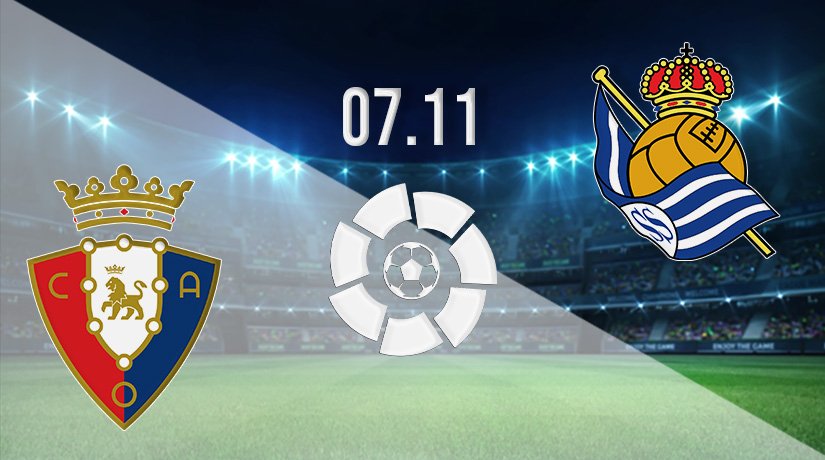 Real Sociedad are firmly in a strong position to lay down a challenge for the Champions League places in La Liga this season. However, they could be targeting the top prize given how well they have started the current season. Sociedad are currently top of the Spanish top-flight, having won seven of the 12 games that they have played.

Sociedad could have extended their advantage at the top of the standings last weekend to four points, but they could only draw against Athletic Bilbao. That would have been a disappointing result for the leaders, as they led just before the hour mark after a penalty from Alexander Isak.

However, Bilbao denied Sociedad the maximum points, as they fired home an equaliser in the first minute of injury time. Sociedad will be hoping that there will be no lasting effects from that setback this weekend.

Osasuna have also been an in-form side at the start of the La Liga season, but their results have dipped slightly in recent weeks. They have gone three without a win, which has seen them drop from the European places to seventh.

They will be looking to respond this weekend after losing for just the third time this campaign in their most recent fixture in Spain. Osasuna were beaten last weekend by Sevilla away from home. Sevilla scored goals late in the first half and 15 minutes into the second to take the game away from Osasuna. But, the hosts certainly have the ability to make life hard for Sociedad this weekend.

Sociedad should be confident coming into this fixture, as they are unbeaten in ten against Osasuna. They have won five times during that time, which includes the 1-0 success that they achieved in May 2021. Sociedad have also won their last three away games against Osasuna.

You can’t take anything away from Osasuna, as they have started La Liga in fine form this season. However, Sociedad have been very impressive in all fixtures that they have played, and given their excellent away record against Osasuna, they should take the points on Sunday.

Make sure to bet on Osasuna vs Real Sociedad with 22Bet!