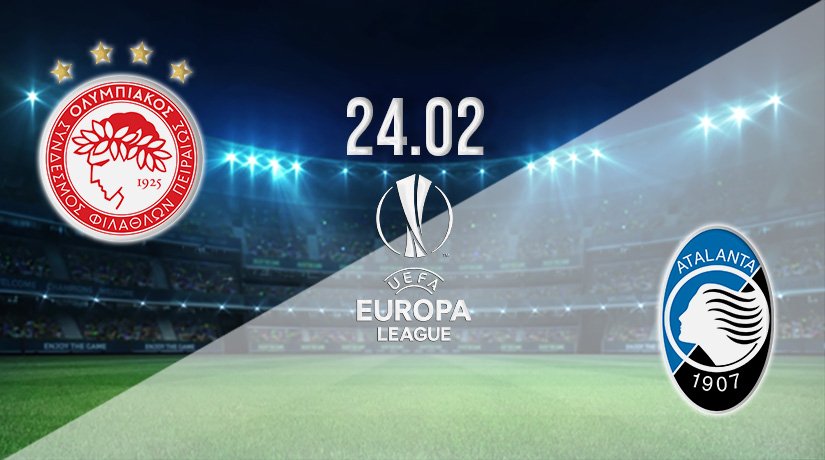 Atalanta will take a 2-1 win to Greece as they take on Olympiacos in the second leg of their round-of-32 tie at 18:45 GMT as both sides seek to qualify for the round of 16.

Can Olympiacos Mount a Comeback against Atalanta?

Atalanta were too good for Olympiacos in Bergamo last week as they lost 2-1 in the first leg of this tie. They will be looking to turn this fixture around at home in Greece when they face Atalanta on Thursday.

They played reasonably well in Bergamo, but Atalanta’s quality was the difference on the day. This means that this match is finely poised for both teams to take advantage.

The challenge for Olympiacos is adopting tactics on Thursday that will minimise them conceding while optimising their attacking threat.

Can Atalanta See the Tie Off and Qualify for the Round of 16?

Will they attack or will they sit back and defend their lead? Gian Piero Gasperini will no doubt be looking for a fine balance for his side to strike in Greece as they face a dangerous opponent.

As they showed in Bergamo last week, Olympiacos showed that they can score goals and pose a substantial attacking threat.

Gasperini will be aware of this threat and will tailor his approach accordingly. Atalanta will be looking to add to their advantage in Greece, which means they are unlikely to sit back and defend their slender lead.

Domestically, Olympiacos have been in sublime form in recent matches. They have won four of their last four matches in the Super League Greece.

The Super League Greece leaders are also unbeaten this season; having played 23 matches they have won 18 and drawn five.

Pedro Martins’ men will be looking to parlay this home form to perform well in the clash with Atalanta with the hopes of progressing to the round of 16.

Domestically, Atalanta are in the middle of a horrible run of form. Gasperini’s men are winless in the last five matches in Serie A. They have only won once in the last six rounds of fixtures.

In this run, the Bergamo club have collected 6 points out of the available 18. In their last six outings, Atalanta have won one, drawn thrice, and lost twice.

This run of form has seen their fight for a top-four position in Serie A take a hit. They currently sit 5th on the table, three points behind fourth-placed Juventus.

Left winger Garry Rodrigues is a major doubt for Olympiacos for the match at home to Atalanta on Thursday. The 31-year-old left winger suffered a fracture on February 6th.

He will not be ready to face Atalanta on Thursday.

Gasperini has a few of his players missing and doubtful for the clash with Olympiacos in Greece on Thursday.

Centre-forward Luis Muriel is doubtful with a muscle injury. Another centre-forward Duvan Zapata pulled his hamstring at the adductors on February 7th and is a major doubt for Thursday.

The Brazilian striker struck the only goal for Olympiacos in the first leg. He will be crucial for the second leg.

Coming up against Atalanta’s three-man defence, Tiquinho will play a crucial role in organising and driving the Olympiacos attack.

He will also be crucial in pressing the Atalanta playmakers to win possession for his team.

The Ukrainian international midfielder will be crucial for Atalanta as they seek to control the match, frustrate Olympiacos, and offer a robust goal threat.

Controlling the game will be crucial for Atalanta in the second.

Expect Olympiacos to play on the front foot as they try to mount a comeback against Atalanta.

Gasperini’s men will play a pragmatic game focused on solidity and attacking in transition after winning possession.

A draw is the most likely result in this match.

Make sure to bet on Olympiacos vs Atalanta with 22Bet!