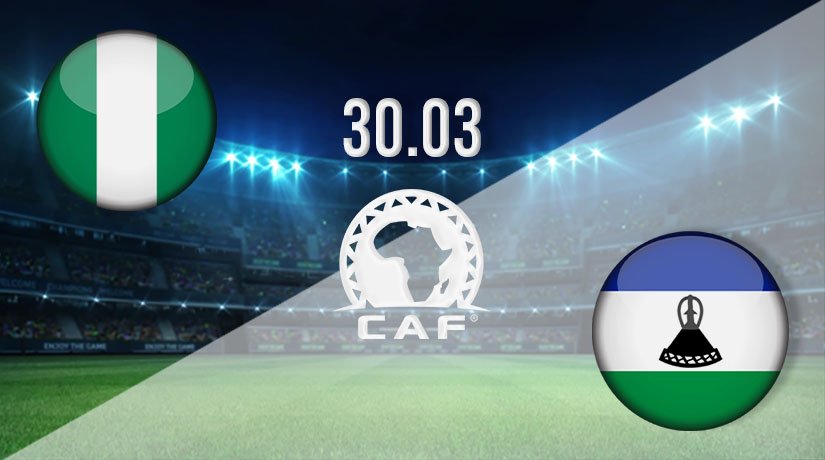 Nigeria’s job in Group L of Africa Cup of Nations qualification is compete as they have booked their passage through to the main tournament itself. They will bring a close to the group on Tuesday, as they take on Lesotho.

Nigeria have faced little opposition in getting through to the main stage of the Africa Cup of Nations. They have won three of the five games that they have played, and are unbeaten throughout qualification. Nigeria have been excellent in front of goal throughout the qualification stage, as they have scored eleven goals. However, they will be wary of the number of goals that they are conceding, as they have let in seven. That defensive weakness hasn’t cost them in qualification as there is a big difference between themselves and the other nations in the group. However, it would be a concern for the Africa Cup of Nations itself. There were signs that this issue had been addressed in their most recent fixture, as they scored late against Benin to claim a 1-0 success. Paul Onuachu scored with virtually the last kick of the game to get the win.

Qualification has been more tough for Lesotho, but they will be hoping to close the group with a first win. That will likely be the only result that would ensure that the nation doesn’t finish at the bottom of the group. The top two spots in group L are already settled, which means that Lesotho are playing for nothing more than pride on Tuesday. However, they will be confident of another positive result, as they have picked up three draws in five games. Their most recent draw came last time out against Sierra Leone, as the two nations played out a 0-0 draw.

Nigeria vs Lesotho Head To Head

This fixture will be the fourth time that Lesotho have come up against Nigeria. However, they are yet to get a positive result against Nigeria. They have lost all three previous meetings, which includes the 4-2 loss that they suffered against Nigeria in November 2019.

Lesotho have struggled to pick up wins in qualification, and that doesn’t bold well coming up against a talented Nigerian side. The home side should close out the group with another win, and it should be a fairly routine success.

Make sure to bet on Nigeria vs Lesotho with 22Bet!