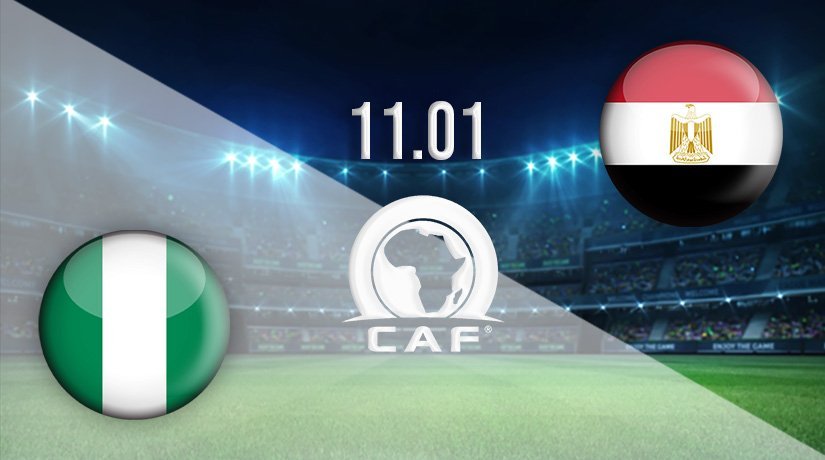 Nigeria vs Egypt Prediction: African Cup of Nations Match on 11.01.2022

With a combined 10 AFCON championships between them, Nigeria and Egypt lock horns on Tuesday at 17:00 GMT as these African footballing heavyweights get their tournament underway in Garoua, Cameroon.

Can Nigeria Make a Statement Start to the Tournament?

The Super Eagles are among the favourites in this tournament, and they will be coming up against a very good side in Egypt.

The three-time winners will be looking to stifle the free-flowing football of Egypt and establish a platform for their core strengths in midfield and attack.

Nigeria will also have to develop a plan to deal with one of the best players in the world in Mohammed Salah.

Can Egypt Leverage their Football Brand to a Winning Start at AFCON?

The Pharaohs hold the record of 7 AFCON titles, and they will be looking to add an 8th in Cameroon.

Blessed with an impressive squad, Egypt will be aware of the danger posed by Nigeria across the pitch.

Getting the best out of Mohammed Salah will be crucial to enhancing their chances of beating Nigeria and having a good tournament.

The Super Eagles have won 4, drawn 1, and lost 1 in their last rounds of fixtures in the second round of World Cup qualifiers.

The loss came against the Central African Republic (1-0), and the draw was against Cape Verde (1-1).

On Tuesday, the Nigerians will feel well-prepared to face Egypt in their AFCON opener.

Egypt have won 4 and drawn 2 out of their last 6 rounds of fixtures, including 5 World Cup qualifiers and one friendly against Liberia, which ended in a 2-o win for the Pharaohs.

The 7-time AFCON winners will look to parlay this good form heading into the tournament to get a winning start against Nigeria and winning their group.

The Super Eagles will be without striker Odion Ighalo, with his Saudi Arabian club refusing to let him for to the tournament.

Emmanuel Dennis has also been left out of the Nigerian squad after there was a problem with his call-up to the national team.

The Super Eagles will also be without Victor Osimhen; the Napoli ace suffered an injury that will keep him out of big chunks of the season.

Otherwise, the West Africans have called a strong team to the tournament.

Mohammed Salah leads the star-studded Egyptian squad getting ready to kick off their AFCON tournament against Nigeria on Tuesday.

Other household names in the Pharaohs’ camp include Mostafa Mohamed and Mohamed Elneny.

The Leicester striker will be crucial for the Super Eagles because of the injury to Victor Osimhen. His hold-up play runs in behind, and his work rate will be important against the Egyptians.

Given his class, Salah will be crucial for Egypt’s hopes of beating Nigeria and progressing deep into the tournament.

Expect Egypt to dominant possession while Nigeria will maintain a threat through quick transitions. Egypt will have enough to get off to a winning start and take all three points.

Make sure to bet on Nigeria vs Egypt with 22Bet!