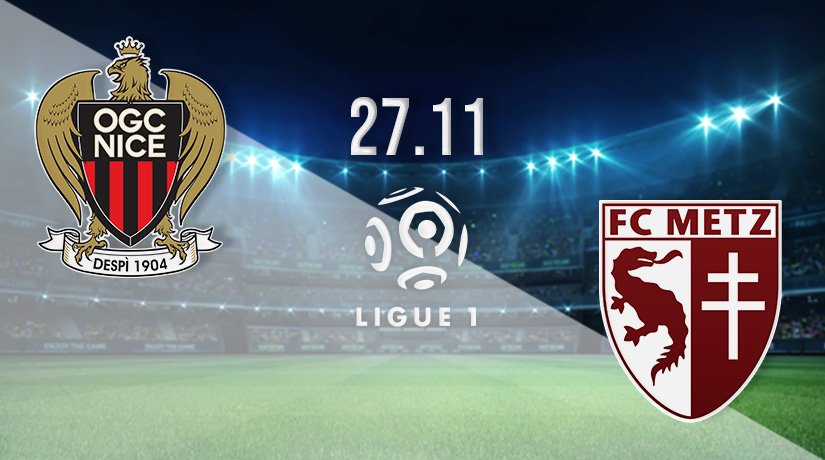 Nice will be looking to consolidate their place in the Champions League places in Ligue 1 this weekend, as a win would strengthen their position in the top three. Metz are the visitors this weekend, as they look for just a second win of the Ligue 1 season.

It has been a strong start to the season for Nice, but it appears as though the very best that they will be able to manage this season is a top three finish. It looks extremely unlikely that they will be able to win the title this term, as PSG have taken complete control and currently boast an eleven point advantage. However, a Champions League finish would still be considered a huge achievement.

They will have a huge challenge on their hands to achieve that finish though, as they are locked in a battle for a top three place. Metz currently have better form in the book, as they are two points clear of Lens and three clear of Marseille. They also returned to action following the international break with a 2-1 win against Celermont Foot last weekend.

Metz have a much more troubling challenge ahead of them, as they look to stay in Ligue 1 this season. They already look to have given themselves a huge task to achieve that feat, as they are four points from safety after 14 rounds of fixtures. Metz have won just once so far in the league this season, and have been beaten a league-high of seven times.

They are without a win in their last five, but have at least picked up draws in their last three outings. Metz were held 3-3 by Bordeaux in their last game, as Opa Nguette scored the second of his two goals in the 70th minute to salvage a point.

Nice vs Metz Head to Head

Metz beat Nice in the most recent fixture between the sides in February. However, that was just their second win in eleven matches in Ligue 1 against Nice. Nice’s last win in this fixture came at home in December 2019, as they ran out 4-1 winners.

Metz are struggling to put together any run of form at present, and can’t even buy a win in the league this term. Nice are the form side out of the two, and they should have more than enough within their arsenal to make sure that they claim maximum points on Saturday night.

Make sure to bet on Nice vs Metz with 22Bet!