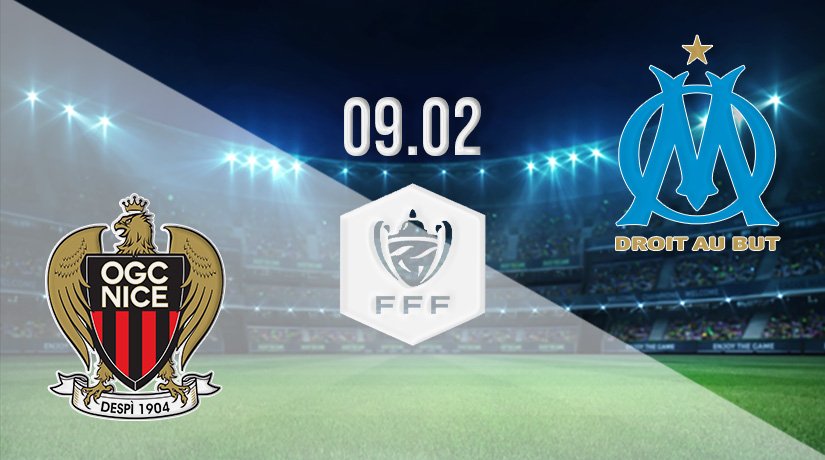 The French Cup is wide-open this season. Nice and Marseille are two of the top three sides in Ligue 1, and both will believe that they have chances of claiming victory in the domestic cup this term. But, which of the sides will get the win that they crave to reach the next round?

Nice produced the shock of the French Cup so far this season, as they knocked out PSG in the previous round. They will be looking to win the domestic title for the fourth time this season, with their latest victory in the competition coming back in 1996-97. That was also the last piece of major silverware won by the club.

However, there will need to be a response in the cup, as Nice saw their four-match winning run ended in their latest fixture in France. Nice were beaten 1-0 at home by Clermont Foot, which is hardly ideal form coming into this showdown against one of the hardest sides to beat down in France. However, the victory in the last round against the Parisians could highlight that they are a good chance to win the French Cup this term.

Marseille have been one of the hardest sides to beat in France this term, as they have lost just four times in 23 league fixtures. The Olympians have been specialists in this competition throughout their history, having won the top prize on ten occasions. However, it has been a long time since their last win in 1989.

Marseille needed their share of luck to make it through to this stage of the competition, as they needed a shootout success in the round of 16 against Montpellier. Arkadiusz Milik had thought he had scored the goal to win the match, but Montpellier equalised with ten minutes remaining.

Nice vs Marseille Head to Head

Nice are unbeaten in two games against Marseille coming into this fixture. They drew against The Olympians earlier in the season, but claimed a 3-0 success in this fixture last season, which ended a six-game winless run. The last meeting between the sides in this competition came in 2014, as Nice won a pulsating match 5-4.

This could be one of the nervier French Cup ties this week, with both sides holding good chances to win the competition. We wouldn’t be surprised to see a 0-0 draw after extra time, with Nice edging the penalty shootout just as they did in the previous round.

Make sure to bet on Nice vs Marseille with 22Bet!