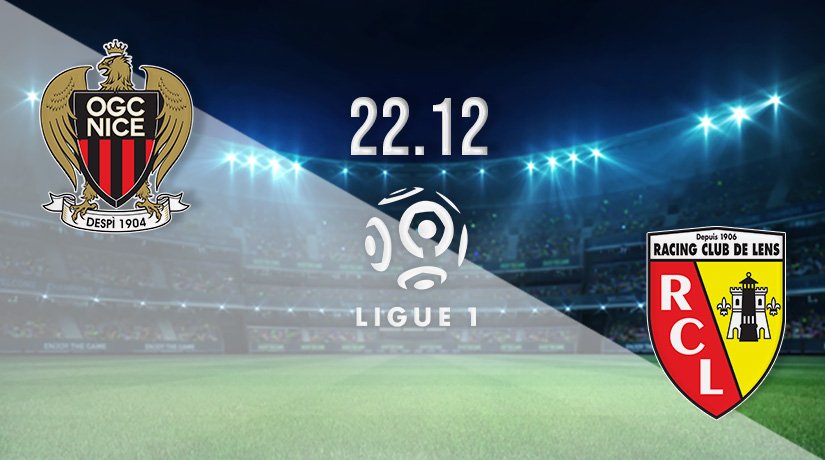 Nice will be looking to end 2021 with a final victory in Ligue 1, as they will be looking to complete the calendar year in the Champions League places in France. Lens also have European hopes this season, and a win on Wednesday could see them go up to fifth.

The battle for European spots in France this season looks set to be one of the most interesting factors in the top-flight. Two sides that will have their sights set on a challenge for a European place will meet in their final fixtures in 2021. Lens are currently sixth in the standings, but a victory on Wednesday could see them rise a place and put them just a point behind the Champions League spots.

However, recent form by Lens hasn’t been the standard that is needed to finish in a Champions League spot. They have gone five without a victory in Ligue 1, and have been beaten on two occasions. Defeat on Wednesday could see them drop further down in the standings. They were beaten by Nantes in their last Ligue 1 fixture.

Nice have their sights set on a Champions League place this season, and are currently fourth in the standings at the half way stage. They also haven’t been in the best form in recent weeks, as they have won just once in their last four fixtures in the league.

They have been beaten twice during that run of four, but did at least stop the rot in their last fixture, as they managed to get a win against Rennes away from home. Kasper Dolberg scored the opening goal in that win from the penalty spot, before the points were secured six minutes into the second half by Youcef Atal.

Nice vs Lens Head to Head

Nice have won the last three matches that they have played against Lens. They have scored five goals and conceded just twice in those three matches. The last win for Lens in this fixture came in December 2014.

Nice look to be the best pick for this fixture in Ligue 1. They have been in much better form in recent weeks, and have also dominated the recent fixtures that they have played against Lens. We expect the hosts to pile the misery on Lens by claiming a 2-0 home success.

Make sure to bet on Nice vs Lens with 22Bet!