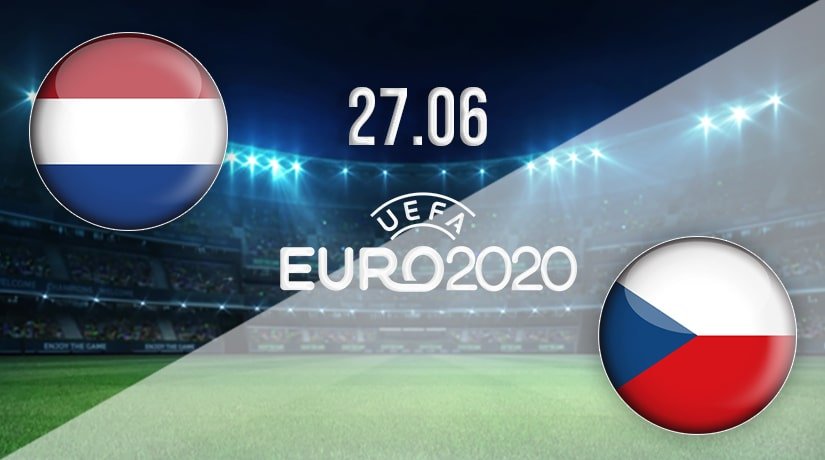 The Euro 2020 group stages are over, and we now progress to the knockout rounds. Tensions rise as every match will provide us with a winner and a loser. Extra-time and penalties are available in required. Following a break of two days, football fans are thrilled to get back to business, and there’s plenty to look forward to this weekend. Our team of football content writers focus on a match that caught our eye as the Netherlands take on the Czech Republic from 17:00 GMT on Sunday, a game you can follow live on television.

Both teams impressed during the group rounds, scoring their fair share of goals but looking fragile in defense, and that should make this one interesting for armchair followers. The Netherlands did as expected, coming through their pool and impressing along the way. The Czech Republic caught a few off-guard by coming through as runners-up in a group that included England, Scotland, and Croatia. However, the team are here on merit and will believe they have the skill and battling qualities to continue their adventure at the expense of the Netherlands.

These teams have met 11 times previously, and, surprisingly, it’s the Czech Republic that dominates the head-to-head stats. They start on five victories, with three for the Netherlands and the other three ending in a draw. The most recent clash produced a 3-2 win for the Czech Republic in the European Championships six years ago. Czechs have won their last two against the Netherlands and would dearly love to make it a hattrick.

The Netherlands came through Group C as winners with a perfect record of nine points from a possible nine. It was exactly what was expected of the team, but they deserve credit for getting the job done. The Netherlands were one of the hot favourites in the Euro 2020 group betting, but many teams in a similar position weren’t anywhere near as impressive as Holland. They won each of their three pool matches, scored eight goals, and conceded just two.

When we take a closer look at their stats, it makes for interesting reading. The Netherlands conceded each of those two goals in their first game against Ukraine when winning 3-2. After finding their feet, De Boer’s men went from strength to strength. They rank as the highest-scoring team in the groups and carry one of the best defensive records. The first match was a little too close for comfort in the eyes of everyone connected to Oranje, but the players know it’s better to get a performance like that out the way early. The Netherlands won the points, showing they can dig deep and pull victory from a tough game.

Following the five-goal thriller with Ukraine, we saw the Netherlands progress to defeat Austria on matchday two by a 2-0 final score. They rounded off the pool with a stunning 3-0 over North Macedonia, making a dangerous side look ordinary in the process. Wijnaldum scored a double in that match, taking his Euro 2020 tally to three goals. Depay and Dumfries each have two goals against their name in three games.

The Czech Republic may have entered Euro 2020 on a poor run of form and many pundits had them picked out to struggle, but they got off to a winning start against Scotland at Hampden and didn’t look back. In most groups, four points was the magic number needed to progress, and when the Czechs bagged three on matchday, one against Steve Clarke’s side, they already had one foot in the next round. They won 2-0 in Glasgow despite the Scots looking the better team. Czechs broke the deadlock against the run of play at the end of the first half and got a second early after the interval to sink the Scots on their patch.

They proved that was no fluke by getting a point on matchday two against a strong Croatian team littered with stars. That match was also at Hampden, and the Czechs made it four points from a possible six with a 1-1 draw on their second outing. They took the lead in that game, despite starting as underdogs, and looked good value for their advantage. The team did have chances to win the game but were eventually pegged back and had to settle for a draw.

With four points in the books, the Czechs Republic could breathe a sigh of relief, heading to England on matchday three, knowing they were already through. They did suffer their first defeat of the campaign when losing 1-0 thanks to a goal from Manchester City’s Raheem Sterling that was scored inside the first 12 minutes. The Czech Republic finished third in Group D, three points behind England and lagging Croatia by goals scored.

There is no doubting the Netherlands were the more impressive team during the group stages. They won each of their three games, scored plenty of goals and kept a clean sheet in each of their last two. Even in that 3-2 on matchday one, the team impressed by digging deep to get the victory, scoring late to rescue the points when it seemed the game was destined for a draw. They’ll need plenty more of that fighting spirit here.

The Czech Republic may enter this match as an underdog, a team that finished third in the pool and have been drawn against the most impressive side from the groups. This is a huge task for the Czech Republic players, but they are here on merit and know that they are good enough to cause an upset if their opponents take them lightly. This is a determined, hard-working Czech side who operate as a unit. They certainly won’t be fazed by the reputation of their opponents.

The pre-match betting available at 22Bet on this game has the Netherlands priced at 1.66 to win inside 90 minutes. The Czech Republic are 5.45 with the draw trading at 3.72.

Want to see more betting odds on the match? Sign up to get a first deposit bonus and bet on The Netherlands vs Czech Republic on 22Bet!