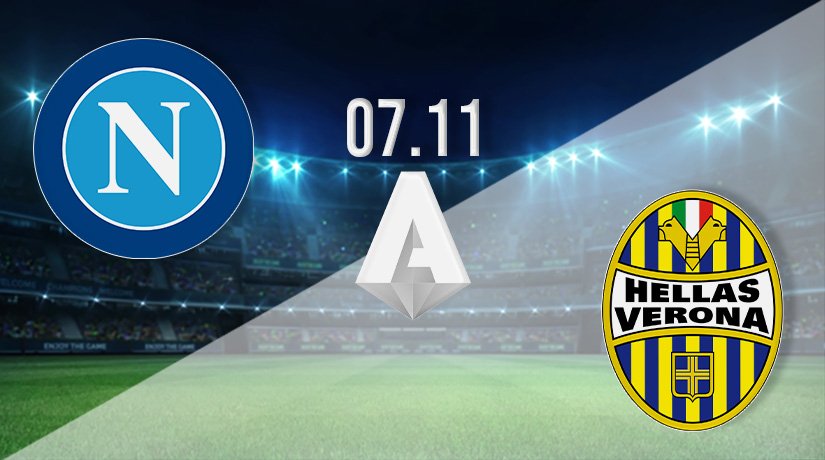 Napoli may have lost their perfect record in Serie A this season, but they are still looking a formidable force. They will be looking for win number eleven of the season against Hellas Verona this weekend, while the visitors will looking to achieve back-to-back victories.

The pace that Napoli and AC Milan are setting in Serie A highlight that it could be a title race for the ages this season. The Italian giants aren’t blinking at this stage, as they are neck-and-neck after eleven rounds of fixtures. Napoli are the current leaders courtesy of their goal difference, and they will be favoured to win again this weekend.

The hosts have been excellent throughout the first months of the season, and currently still boast an unbeaten record. Their only blemish was a draw a couple of weeks back, but they have bounced back from that with two straight wins.

Their most recent victory was a dramatic one on the road against Salernitana, as Piotr Zielenski scored with just under half an hour remaining to seal the points. The win wasn’t without its issues though, as Napoli will need to contend without Kalidou Koulibaly for this weekends match.

Hellas Verona aren’t going to make life easy for Napoli this weekend, as they are currently eighth in the standings, and have won three from five. They have an excellent attacking record, having scored 24 goals already this season, but they have also allowed 20.

Hellas picked up a famous victory last weekend, as they beat Juventus 2-1 at home. They started the quicker of the two sides and were rewarded with a 2-0 advantage after 15 minutes. Both goals were scored by the in-form Giovanni Simeone. However, they will need to be better at the back to really trouble Napoli on Sunday.

Hellas Verona are unbeaten in their last two games against Napoli. They drew 1-1 in Naples last season, and picked up a 3-1 win at home. However, those wins ended a run of six straight victories in this fixture for Napoli.

Napoli have been very exciting at the start of the new season, and given the number of goals that Hellas Verona concede, it would be hard to bet against them maintaining their advantage at the top of Serie A this weekend with a victory.

Make sure to bet on Napoli vs Hellas Verona with 22Bet!