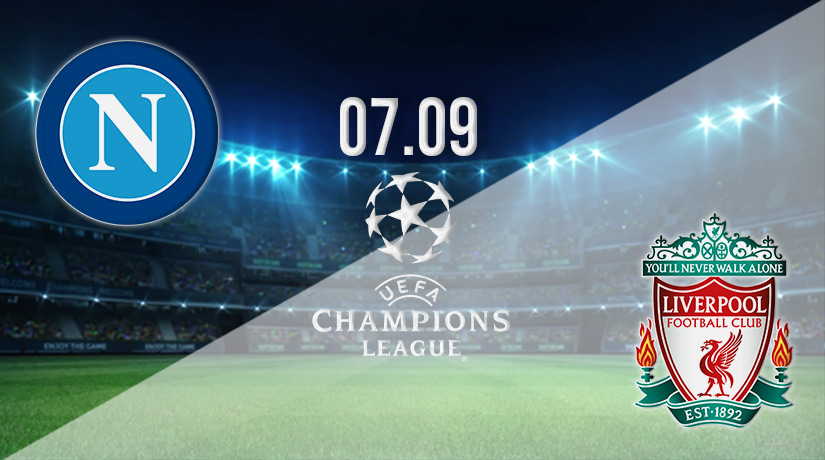 We are off to Italy on Wednesday afternoon for the second day of UEFA Champions League fixtures as the continent’s best-loved competition continues. Matchday one on Tuesday threw up some intriguing matches, including PSG’s game against Juventus in Paris, and we have more to get excited about on Wednesday. The big games just keep coming, and here we have Italian side Napoli up against last season’s Champions League and Premier League runners-up Liverpool.

The Reds want to go one better than the last term, finishing behind Manchester City in the league and Real Madrid in the Champions League. There is no doubt Jurgen Klopp’s men have been weakened by the exit of star striker Sadio Mane, but the African has been replaced, and fans are excited by what they can expect in the coming campaign. It’s not yet obvious if Liverpool will be good enough to improve on last season’s efforts, but we’ll get a better idea of what they are capable of after seeing this match.

Napoli is the home side and will be backed by a capacity crowd inside the stadium, with supporters hoping they can play their part in roaring Napoli to success. This will be a tight group, with Ajax and Glasgow Rangers also in the running. The Dutch side is good enough to contest pole position in the group, and the Gers have enough quality to upset some of the favourites, especially at Ibrox. The winner of this match won’t need to worry too much about what goes on in Amsterdam, that’s for sure.

Napoli is up against it

Napoli was thrilled to be back in the Champions League running thanks to last season’s efforts in Serie A but know the draw could have been a little kinder to them than it was. They have been dropped into a pool with two other giants of European football in, Liverpool and Ajax, while knowing nothing will come for free against Rangers. Their best chance at progressing to the next round comes from being strong at home and trying to take points on the road. This will be their toughest home match of the three scheduled, but they have a chance to catch their opponents cold.

Is Napoli good enough to go through to the knockout stages of this competition? It wouldn’t come as the biggest shock in the game if they were to progress by filling one of the top two positions but know a poor result on Wednesday would see them playing catch up from the earliest opportunity. A win, on the other hand, would really set the cat amongst the pigeons and blow the pool wide open, making it a competitive race from the whistle. This will be an exciting 90 minutes of action.

Napoli is going great guns in Serie A at this stage and is currently top of the table after five games played. Will they build on that strong start and make history by winning the title? It’s possible, of course, but picking up domestic points will become much more of a challenge when trying to juggle that commitment with the pursuit of glory in the Champions League. Nothing will be decided on Wednesday night in Naples in terms of the group winner, but this game will give fans a few strong clues to work from.

Reds aiming for the perfect start

This looks certain to be a competitive group and could go right down to the wire, with all four teams having claims on the top two places and spot in knockout football. But there can be no denying the fact it would be realistic to see Liverpool progress as winners of the group. If the Premier League side performs anywhere near their best at this stage, they could wrap things up early and go back to concentrating on climbing the EPL table. They are the early favourites with most respected pundits and fully deserve to be.

Despite being experts’ pick to win this Champions League group, things haven’t been going according to plan for Liverpool in the Premier League so far this season, with Jurgen Klopp’s men stuck down in seventh, already six points behind leaders Arsenal, who lost to Manchester United at the weekend. If the Gunners had won that match and continued their 100% start, it would have been difficult to see the Reds cover a nine-point gap. It has been a difficult few weeks, but victory here would go some way to getting the club back on track.

The visitors arrive unbeaten in their last three league games, following back-to-back wins with a Merseyside Derby draw with Everton at Goodison Park on Saturday. That was a match Liverpool were expected to win but were held to a goalless draw by a well-organised and hard-working rival. Liverpool is still adjusting to life without Mane, and it could take the attackers a few weeks to get up to speed. But the forwards will be crucial to Liverpool winning in Italy.

Napoli enjoys the home advantage in this tie, and it wouldn’t be the biggest shock if they were to get something out of this match. Ideally, they want to make their home stadium a fortress, taking maximum points when cheered on by their supporters, but Liverpool is such a talented team that a draw would be seen as a decent result. Napoli has speed in attack and is strong at the back, so they could end up being the dark horse of this group.

Liverpool knows they are the favourites to win the pool and know they deserve to be if they can perform to the best of their abilities. They will get chances to score in Italy but must remain patient, slow the tempo and hope to frustrate the crowd. The Reds’ best should be good enough to get the job done.

Napoli is priced at 3.72 with 22bet to win this match, while backers of Liverpool will find the Premier League side at 1.9. The draw is 3.86.

Make sure to bet on Napoli v Liverpool  with 22Bet!