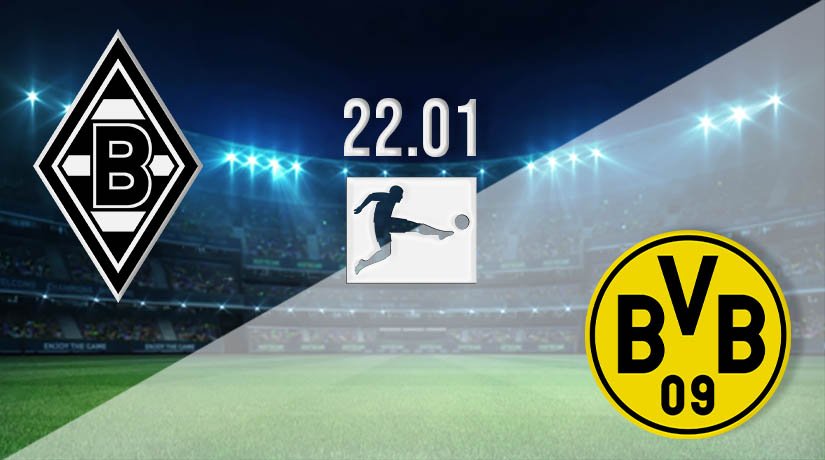 Two sides that will be competing for a place in the top four this season will meet on Friday night, as Borussia Monchengladbach will have the opportunity to overtake Borussia Dortmund in the league standings.

It has been quiet the fall from grace for Borussia Dortmund this season, and they now face a fight on their hands if they are to finish in a Champions League position this season. Their hopes of winning the Bundesliga title are effective over, as they are seven points behind Bayern Munich, with the Bavarian giants also having a game in hand over Dortmund. Dortmund have picked up 29 points from their 17 games so far this season, which is the same number of points as Wolfsburg, and just one more than Union Berlin and Gladbach. The visitors come into this fixture without a win in their last two, while they were beaten last time out by Bayer Leverkusen. Leverkusen ran out 2-1 winners in that game, as they scored the winner ten minutes from time. The only goal for Dortmund in that defeat was scored by Julian Brandt, who netted for the first time in over a year in the Bundesliga.

Gladbach will see this fixture as a massive opportunity to move into the top four of the Bundesliga for the first time this season. They have recovered excellently after a slow start to the season, and will welcome Dortmund having gone four without defeat in Germany. They have won three of those four games, with their most recent win being picked up against Werder Bremen. Gladbach needed to wait for their opening in that cagey fixture, as Nico Elvedi eventually broke the deadlock with 24 minutes remaining.

Borussia Dortmund have dominated the fixture in the Bundesliga. They have won the last eleven against Gladbach. Monchengladbach’s last win in this fixture came back in 2015. Both fixtures last season were won by Dortmund, as they won 2-1 in the away game, and 3-0 in their home fixture.

This will be a huge fixture for both sides on Friday night, as the race to finish in the top four in the Bundesliga heats up. Dortmund have an excellent record against Gladbach, but the hosts have been in excellent form. The draw could be the best bet.

Make sure to bet on Borussia Monchengladbach vs Borussia Dortmund with 22Bet!