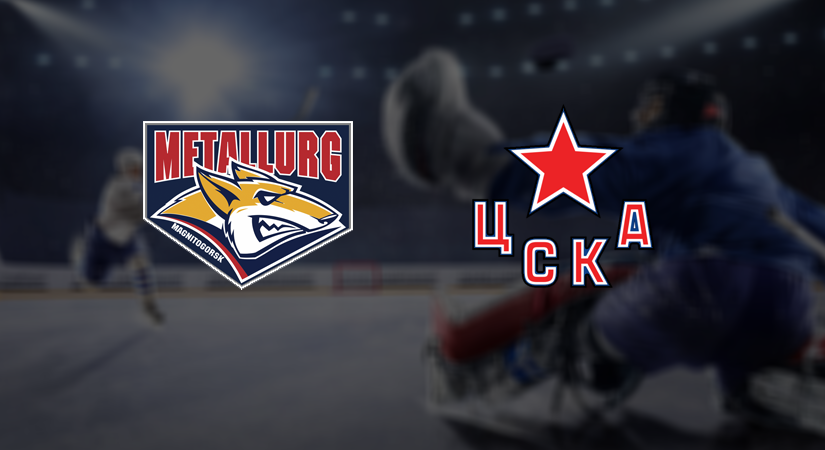 In the next game of the KHL, Metallurg Mg will host the game with CSKA. The match will take place on November 28 at the Metallurg Arena, Magnitogorsk. Let’s evaluate the teams and try to predict the result.

For 32 games of the current KHL season, the team from Magnitogorsk was able to obtain 34 points, as a result of which it is ranked 7th in the Eastern Conference table. On November 15, Metallurg Mg took Sochi at home. Ilya Vorobyov’s squad won (1: 0). It ended the five-match winning streak of “steelworkers”. Then the “foxes” were defeated in four subsequent meetings. Representatives of Magnitogorsk were weaker than Kunlun RS (1: 3), and a little later they lost to Amur (2: 3). In the match on November 21, Metallurg Mg lost control over the Admiral’s offence (4: 5), and a few days later Vorobyov’s wards lost to Barys in the overtime (1: 2).

The capital club continues to lead the standings of the Western Conference. For 31 meetings, the team managed to secure 45 points. But recently, Igor Nikitin’s wards began to lose much more often. From November 4 to 18, the “horses” were defeated in four matches in a row.
CSKA lost to Neftekhimik (1: 4), and then in overtime failed to cope with Spartak (2: 3). Also, on their home ice, Muscovites were weaker than Salavat Yulaev (2: 5) and Severstal in the overtime (1: 2).

According to bookmakers, CSKA is a clear favourite if this game. Now both teams are unconvincing, unpredictably losing points. In the full-time confrontation, viewers will see an open game with many goals scored. CSKA has a very reliable defence, but Metallurg can give them three goals. Nevertheless, the outcome of the match will depend on how much they concede. Not so long ago, the roster of CSKA was strengthened by Mario Kempe, and he will help his new team, for sure.
Our prediction for the match – total over 3.5.

Metallurg and CSKA are not in their best shape right now. Let’s see who’s looking better in the game overview and prediction.