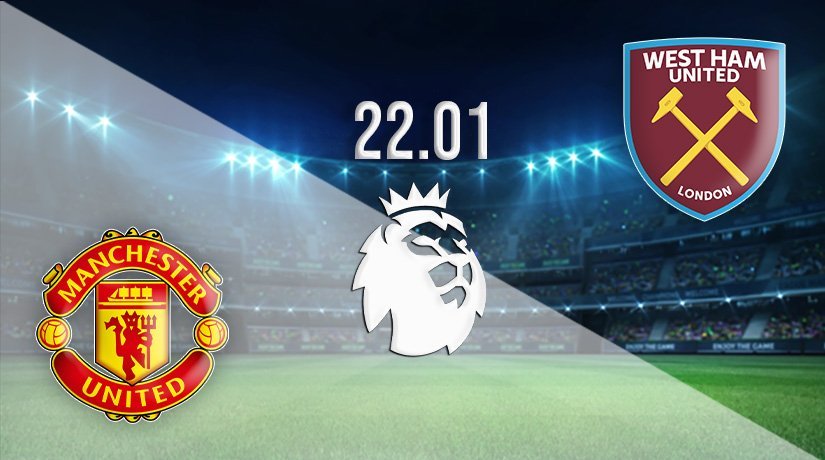 Manchester United will face off against West Ham on Saturday at 16:00 GMT in a clash that is likely to have top four ramifications.

Can Man Utd Get Back to Winning Ways?

A loss and a draw in their last two outings has been a disappointing return for the Red Devils under Rangnick.

A response will be required and expected at Old Trafford on Saturday when United host top-four-chasing West Ham who lost their last match at home to Leeds United.

Rangnick needs to find a formula, formation, and motivation to get the superstars under his charge shooting on all cylinders. Their underwhelming form has been a source of concern for the fans and higher-ups at the club.

Can Moyes’ Side Cause an Upset at Old Trafford?

West Ham are still in the top four after 22 rounds of fixtures in the league. Moyes’ men are having a stellar campaign.

However, after three consecutive league wins, the Hammers lost 3-2 to Leeds United last time out. The surprising result underlined the need for consistency if the Londoners are to keep their place in the top four.

Moyes’ side will look to underline their top four credentials by winning away at one of the main rivals for a Champions League berth his season.

In the last five rounds of EPL fixtures, Man United have managed to win twice, draw twice, and lose once. They have collected eight points in his run, while dropping seven.

Rangnick needs to get the team playing at a consistent level to starting winning matches regularly to stand a chance of challenging for a Champions League berg come the end of the season.

Moyes’ men have won thrice and lost twice in their last 5 outings in the league. Even after losing their first centre-back pairing to injury, West Ham have kept their performances at a high level.

The Hammers will be looking to make a statement of intent with a win at Old Trafford, as they seek to cement their place in the top four.

Rangnick will not be able to select Paul Pogba (Hamstring), Cristiano Ronaldo (hip flexor problems), and Tahith Chong (groin surgery) for the clash against West Ham.

Eric Bailly is not available because of his participation at the Africa Cup of Nations.

Angelo Ogbonna is still out with a ruptured cruciate ligament, and Said Benrahma is unavailable because he is taking part in the Africa Cup of Nations.

The Portuguese ace has faced criticism for his lack of leadership in recent matches as United have dropped points under Rangnick. However, Fernandes’ goal-scoring has ever been in doubt.

As Rangnick seeks to find the right shape for the time, Bruno Fernandes is one of the players he cannot even contemplate dropping.

Fernandes will be crucial for United as they face one of the best performing teams, and surprise packages, of the season in West Ham.

The England international has grown from strength to strength in stature, leadership, and performances.

Rice anchors the West Ham midfield, protects the back four that currently lacks the first choice pairing, and lays the foundation for the attacking players.

He breaks up play effectively and starts attacks with simple but important passes. He will be one of the key players to watch if Moyes’ men are to take anything from Old Trafford.

Expect United to start the game with a high tempo, with the Old Trafford crowd behind them. West Ham will start conservatively with emphasis on discipline and not taking unnecessary risks.

Moyes’ men will make it hard for United to break them down, while retaining the danger of counter attack through their forward players.

While United will seek to play through the midfield, West Ham will hit the long ball toward Antonio and start their attacks from lay-offs and winning second balls.

Manchester United will have enough quality to beat a West Ham side missing some key players at the back.

Make sure to bet on Manchester United vs West Ham with 22Bet!